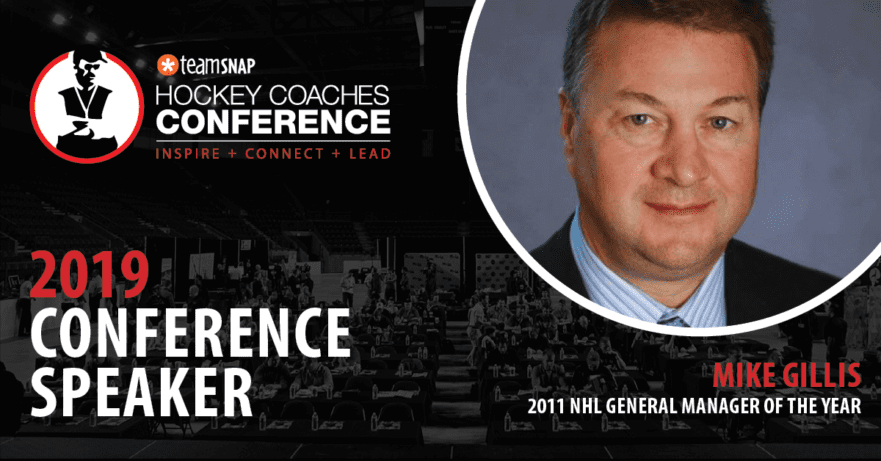 The Coaches Site is thrilled to announce that Mike Gillis will be speaking at our 2019 Coaches Conference in Toronto, Ontario. The former agent and general manager of the Vancouver Canucks has resurfaced after a few years spent honing his craft and learning as much as he can about what makes successful organizations tick.

So what better place to absorb some of that knowledge than Toronto in the third weekend of July?

Psst you can get tickets here.

Gillis is a former NHL General Manager of the Year who served as President and GM of the Vancouver Canucks from 2008-2014. After a playing career that saw him spend time with the Colorado Rockies and Boston Bruins. He earned a Law Degree at the University of Queens while also coaching the Men’s hockey team for a season. Gillis used his degree to become a successful player agent. Some of his clients included NHL stars Pavel Bure, Markus Naslund, and Mike Richter. He joined Canucks management in 2008, leading them to the most successful stretch in franchise history. Gillis won the inaugural GM of the Year in 2011 and guided the Canucks to two President Trophies during his tenure. Vancouver came within one win of the Stanley Cup in 2011. Since leaving the NHL, Gillis has travelled around the world to places like Australia, China, and Spain to learn from some of the best sports organizations on how they approach high-level performance, leadership and culture.

Got that? He also learned from some not-so-greatly ran organizations. We all know that sometimes seeing something done wrong is all the inspiration you need to do it right. We borrowed some notable quotes from Mike’s recent interviews with local radio here in Vancouver and with the Athletic’s Pierre Lebrun.

Gillis interview with Pierre LeBrun from The Athletic

Lebrun: I can’t think of a better way to start this conversation than for you to let the world know what exactly you’ve been up to since you left the Canucks.

Gillis: I went back to school, Pierre. I travelled around the world learning best practices, looking at the best sports organizations I could find and finding out what was working and in some cases what wasn’t working. And why you had consistently strong performances out of certain teams and consistently weak performances out of other teams. So I’ve had a great few years meeting and speaking to lots of people and understanding the environment for really strong human performance.

What kind of places have you been to?

If you had one key takeaway from all those experiences, what would you say that you now know that you didn’t know before that has really left a deep impression on you?

I think the one thing that has made probably the biggest impression on me is the emphasis that really high-end, high-functioning organizations have on leadership and culture. Which is a daily part of their training environment. So it isn’t like you decide to focus on that for a short period of time and hope that it’s going to work out. They drive leadership, they drive culture every day that the players are there. It’s totally aligned from the top of the organization to the bottom of the organization that they’re always in a teaching mode, they’re always teaching about how to be proper leaders, and how to maintain the culture and what culture is defined as. It’s clearly one of the biggest differences that I saw. The top organizations are removing hope from the equation. They’re implementing plans and implementing a strategy that constantly drives leadership and culture. As a result, they take players that may not be successful somewhere else and they become successful there. There’s only so many top players to go around. But if you get the highest utility out of every one of them that’s on your team because you’re communicating properly, they’re training properly, but they’re also learning about how to be better. That was definitely the biggest takeaway I’ve had.

Is there another area where you feel you’ve learned more about and would apply that on a hockey team?

One thing I’ve learned over the last few years is that there’s so much good science out there that can drive performance, provided you understand it and are prepared to apply it. When I look at organizations, they’re just so unwilling to go into that space. This place, the Biotech Campus in Geneva, it’s unbelievable, like unreal. In terms of vision and cognitive awareness analysis and hormonal changes that occur naturally in high-stress, high-performance situations. If you don’t know your own players, you can’t communicate with them properly. Once you know them well enough, you can communicate well enough where you can help drive performance. When these guys were doing hormonal tests about cortisone and testosterone, if you say the wrong thing or view the wrong visual, cortisone is going up, testosterone is going down, you drop 20 percent in performance.

You just have to have the right organization to do it.