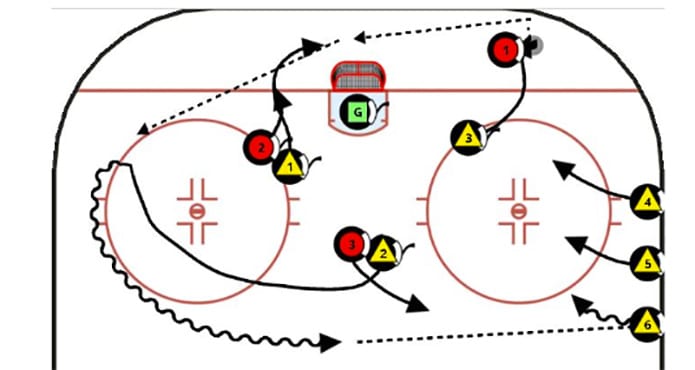 The last few articles I have written have discussed getting the puck out of the defensive zone, through the neutral zone, and then into the offensive zone.

But once you’re in the offensive zone, you don’t want to just take any shot you can and risk losing possession of the puck. I tell my players that controlling the puck means you’re controlling the game. So, when we enter a zone, we need to keep the puck, find those passing lanes or identify those shooting lanes and make the most of our chances.

On top of that, we need to ensure everyone knows how to find open ice to create such lanes. 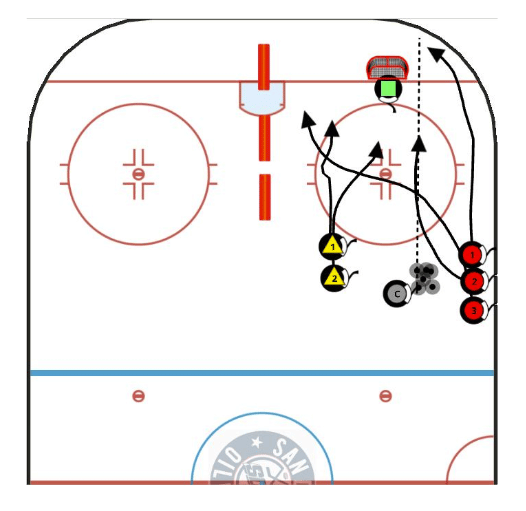 The first drill we start with to teach these basics is a small area game we call the goal line battle. The players create two lines, one offence and one defence. On the dump in from the coach, three offensive players and two defensive players begin the drill. Offence needs to gain control of the puck and generate a complete pass from behind the goal line to activate and be able to shoot on the net.