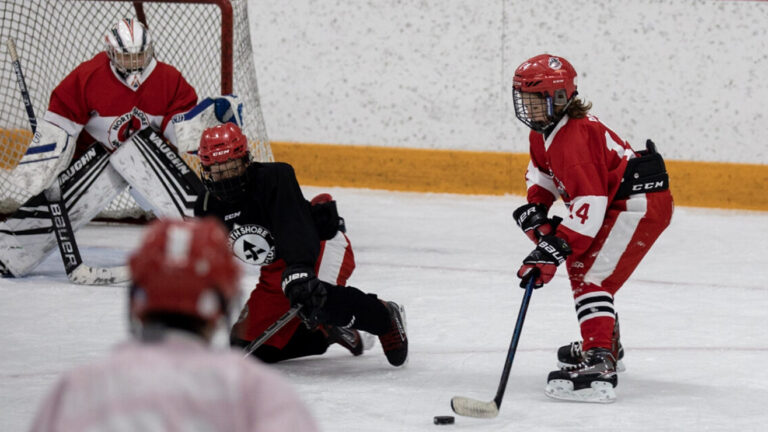 Creating space and solid decision-making without the puck increases a player's chances of scoring.
5
(2)

Many hockey drills, be it for team play or individual skill development, focus heavily on what to do with the puck, but if you look at a hockey game and each player, they spend a great deal more time on the ice without the puck than with it.

What they do without the puck in many cases better defines how great of a hockey player they are than when they have it.

So to teach play without the puck, you need drills that encourage players to think about where they can be to get open, but also, in turn, the puck carrier needs to think about how they can help create time and space for those players.

One way to do that, as the puck carrier, is to get the defenders to follow you, abandoning their offensive counter part giving them time and space to put themselves in a position to better control the puck or score a goal.

In a recent game, we saw a wonderful example of this from one of our “shoot first” type players. This player is very talented with the puck and has an amazing shot. But in this game, their decision with the puck, which is reinforced on a regular bases with a drill we run, showed their overall talent by showing us they can think of the game much more broadly than taking the first shot they see.

In this video, you will see the forward grab the puck and head towards the net. If on the bench you had asked me to wager if that player was about to shoot, you’d be a little richer than you are right now.

Yet, what we saw was him drag the defender who had their stick in his lane behind the net, creating a little separation, but then you also see the three more players follow him. That’s now four of their five players chasing the puck carrier. 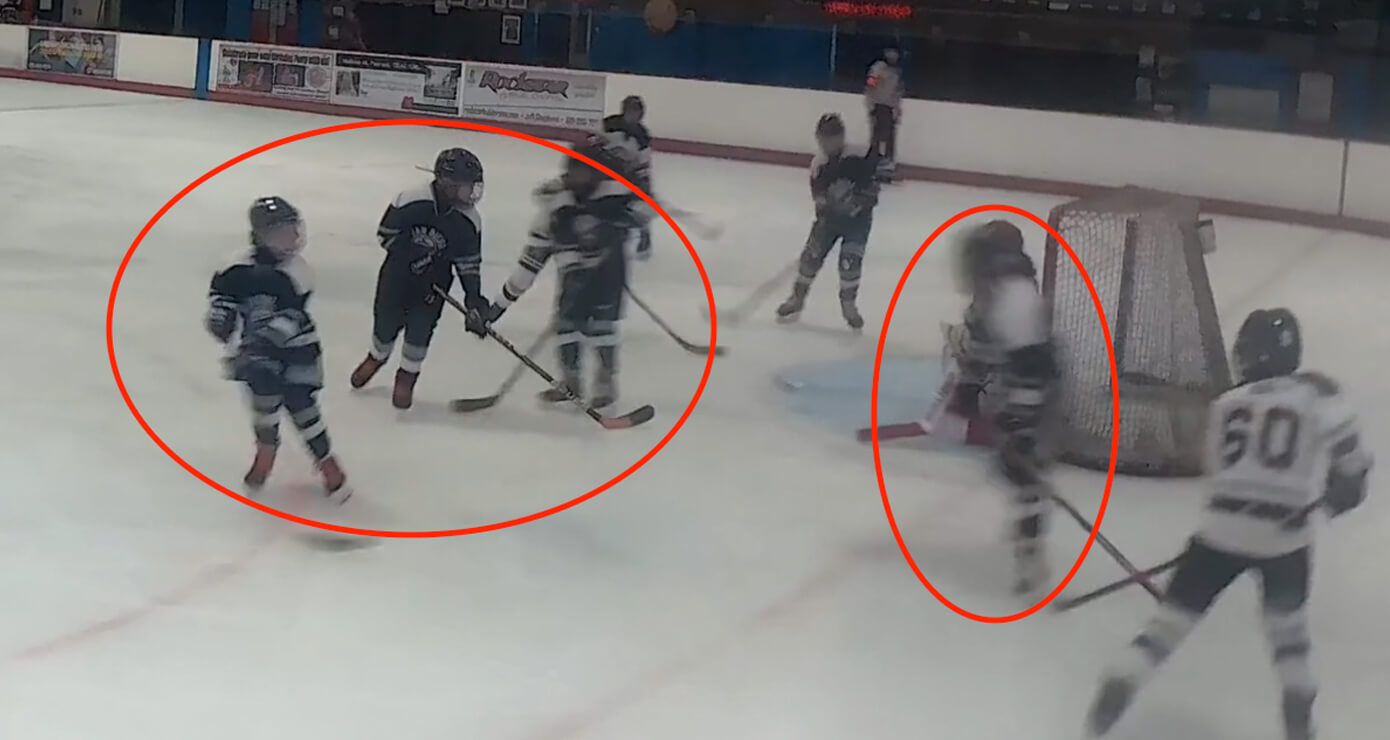 With one quick pivot our forward was able to find a quick passing lane right into the area of our waiting winger ready to jump onto that puck with a quick shot and a goal.

The video, and the image, show the foresight to think about how to create a better opportunity, with the puck carrier thinking about his linemates and allowing them time to find space, and on the flip side, you see four defenders who are not thinking about their game without the puck and are all focused solely on the puck carrier.

To teach this, we use a simple drill to create space if necessary.

Creating space and solid decision-making without the puck increases a player's chances of scoring . . .