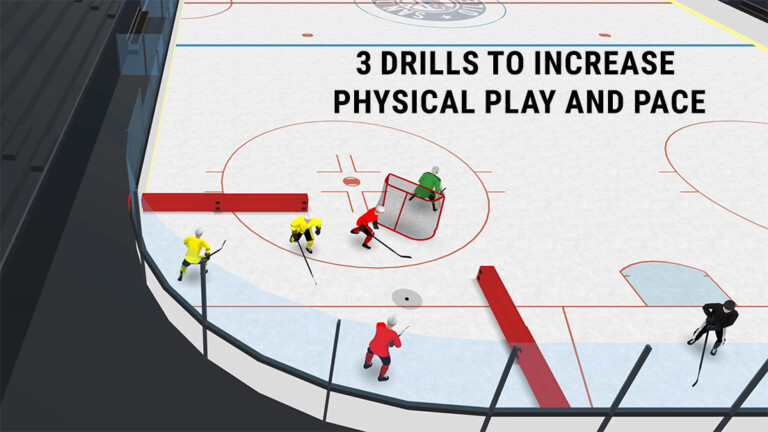 When you have a hockey team that begins to fill up with highly skilled players, you can often lose the edge of physical play, and even the pace of your team’s play.

An observation I regularly see is that players who are incredible with their hands often stop focusing on their speed and use their ability to outmaneuver their opponent rather than outskate them, or even better, both.

Those same players also seem to often lose their grit. Being a physical player doesn’t mean you have to be a dirty player, but they cannot shy away from body contact, even at non-checking levels.

I tell my players often, I don’t want them to be dirty, but I want the player they are going into a corner with to be afraid they might, and that will cause them to make a mistake.

You don’t have to break the rules to get that reputation, you just have to be consistently unafraid of contact, and be stronger on your skates so that you’re the one who stands up when that contact is made.

It’s a fine line, younger players often struggle to understand that line, but we use the three drills below to push both the pace of their play, but also, making them feel comfortable with physicality.