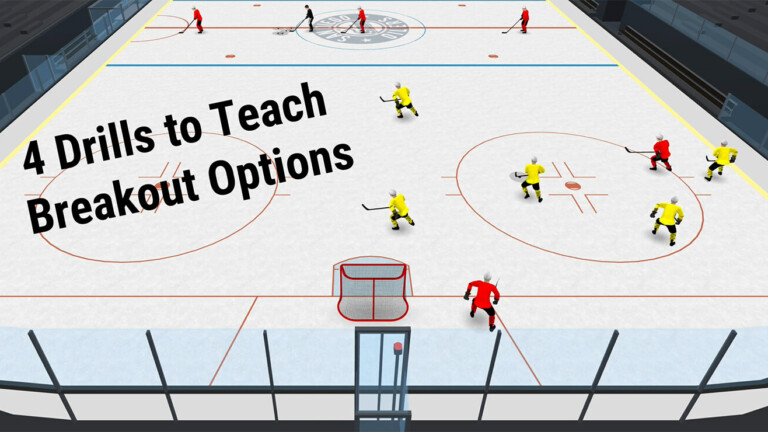 These four breakout drills will ensure that in the chaos of a game, your team is prepared for nearly anything.
4
(5)

Previously, I wrote about steps for teaching a breakout, and looked at some basic youth hockey drills that helped reinforce a strong breakout.

Now, as players start to get older, get better at the basics, and also continue to face teams who are increasingly able to counter a basic breakout, it comes time to start introducing new elements.

And, like in many of my previous articles, I want to teach these concepts with a lot of repetition, and not a lot of standing around. To do that, I broke these drills into four small area games.

These four breakout drills will ensure that in the chaos of a game, your team is prepared for nearly anything . . .