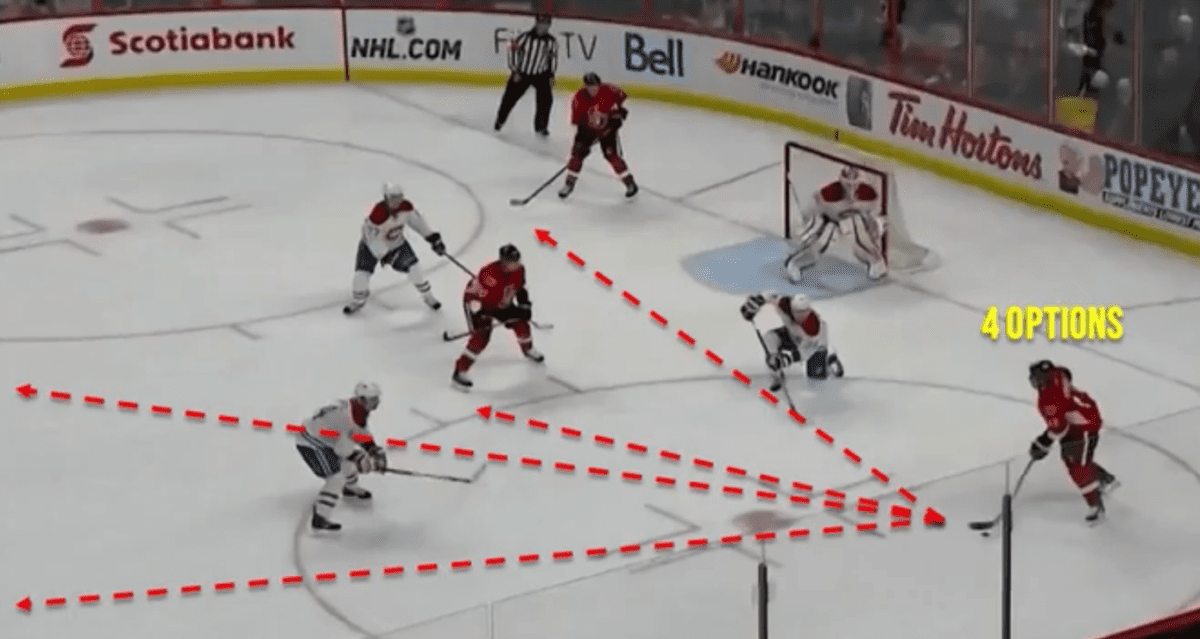 Five-on-three hockey is probably the most passive part of the game, as both teams are waiting to see what the opponent does next.

Coaches often use a timeout when they get a 5v3 advantage, but why not have a plan and force the opponent to take their timeout instead?

Does your setup start low or high? There are plenty of options.

Here’s a breakdown of five different setups for the 5v3 power play.

When you have the puck on the goal line, the strong side defenceman jumps off the point, driving inside the penalty killers after making the pass.

At the same time, the weak side defenceman comes across for a one-timer. This will create a situation with five players in the house. With so many players moving, the defenders don’t have the chance to read and defend the play properly.

With the same pattern, we can have a secondary option, the box + 1, cross-ice play.

After making a pass from the goal line to the strong D, the defenceman will pass the puck cross-ice to the weak side forward, in a back-door play. If the player fakes a shot, that will open up that passing lane.