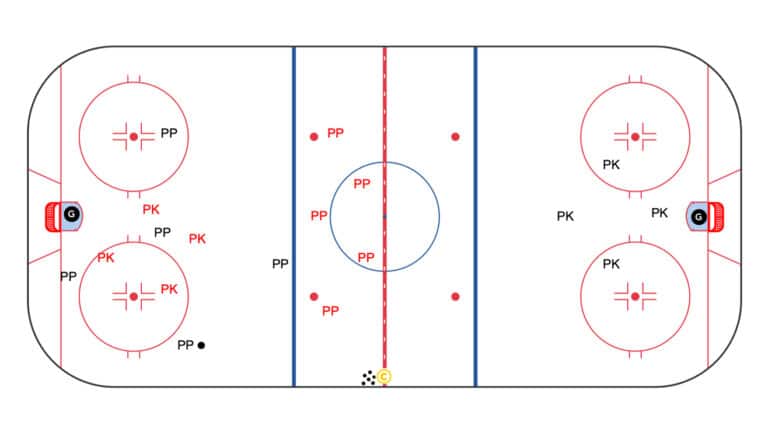 When ice time is tight, you have to make the most of practice. These drills will do just that.
5
(5)

Coaches at the youth level often find it a struggle to prioritize their focus for their player & team development in a given ice session and throughout the week. With so many skills to develop and team play to consider, the time slot for practice fills up rather quickly. Then, factor in special teams play. Penalties for & against are going to happen and you want to have your players and teams well equipped to be organized, have the necessary skills to execute, as well as a level of creativity and problem solving in order to find success.

Youth teams are most likely without the luxury of extra ice prior to or after their practice to work on special teams and any development must fit into their allotted time for the day or week. The implementation of small area games with an emphasis on special teams skills, principles and team play can be a creative way to manage your ice time, all the while allowing for player development across your roster, teaching of key principles, driving competitiveness and keeping it fun.

Below I will share five small area games that can be implemented into your practice to work on your teams special teams skills & principles. These games will allow all players to participate and develop various technical & decision making skills for your special teams play through a high rate of puck touches, the need for puck support, puck pressure & problem solving. Games vary from possession based support games to cross ice games and finish as in zone games with one net in its traditional position to allow players to make decisions inside of the space that they will have in an actual game. 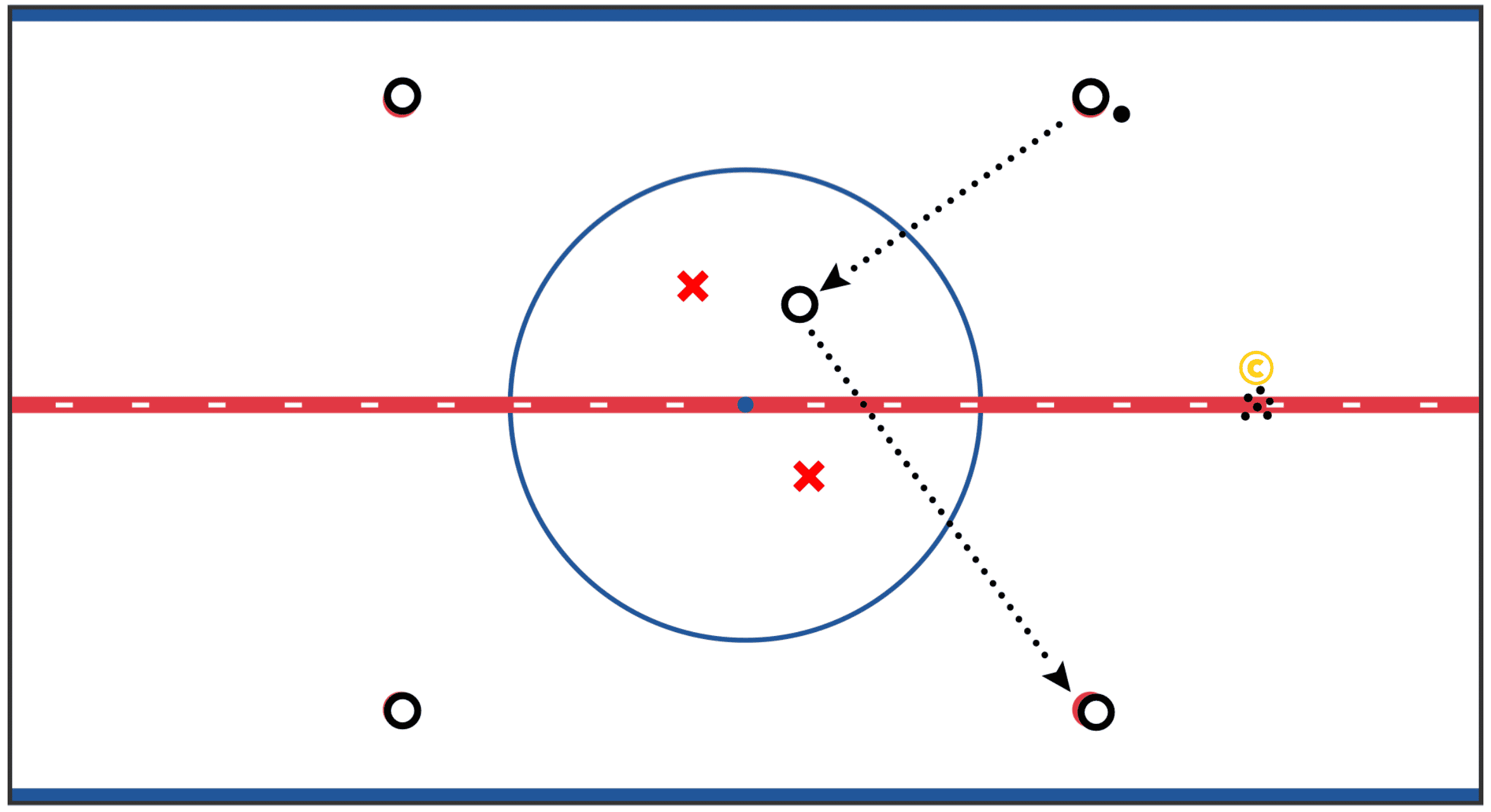 A puck possession based game that can be played with multiple groups at a time. Teams can simulate their power play set ups, while penalty killing can be simultaneously worked on by the defending players. The defending team can have one to three players depending the the difficulty & stress you are looking to put the offensive players under. Offensive players can also be encouraged to move along the outside, interchange positions with each other, including the middle support player.

When ice time is tight, you have to make the most of practice. These drills will do just that . . .