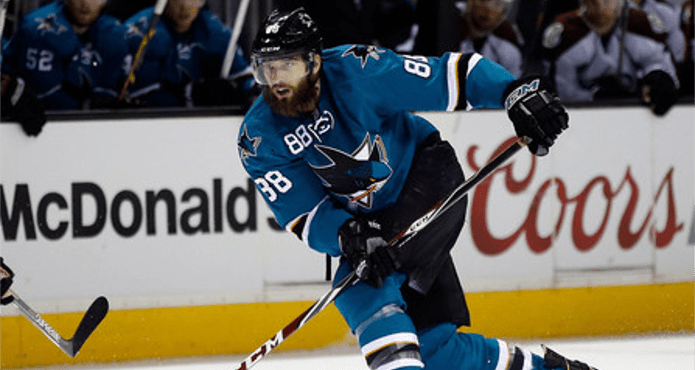 A wonderful opportunity is available for hockey coaches all over the world in the seasons to come: a 5-person attack.

I was conducting research for a potential coaching opportunity recently. I was watching the team for which I hope to work play a perennial favourite, a powerhouse that consistently challenges for national championships. The confidence in the stronger team’s defensive corps was blatantly obvious early in the game. So obvious, in fact, that the scrappy underdog adapted and took a page out of the opposition’s book – their own defenseman made better decisions with the puck as the game progressed.

Knowledge is out there for any player who wishes to take advantage. The best defensemen at any given level don’t relinquish possession of the puck unless it’s going to a better place when it leaves their stick. More often than not, if there’s no play to be made, they escape coverage and solve their problem without chipping it off the glass.

I’m not ready to abandon plays that put the puck into better space when a d-man is under duress, but that’s the way the game is going, and it would behoove us all to adapt.

Here’s a few skills you can work on in the summer with your players to create more offence from the back-end.

The other day I watched a national hockey league defenseman, an olympian, on the ice at a local arena working on his edges. Back and forth, over and over again. Truth be told I only watched for a couple minutes because I got bored. But here’s a millionaire who only has a couple years left to play, working on his turns while a bunch of recreational hockey players in jeans whiz by without paying him any attention. It was awesome.

Once the kids get bored of turns (which will be quick), put those escape artist skills to good use on the offensive blueline. Defensemen who can navigate the line with authority with the puck on their stick and their head up generate offense naturally because they can spot multiple options. No, we can’t all be Drew Doughty and pull off 12 spinoramas per game, but if we can get our players comfortable on the line then we’ll keep the puck alive and create more scoring opportunities.

I’ve had disagreements with several players in the last 12 months when it comes to backhand passes. One player believes his backhand gives him more time and space (it doesn’t), one player simply can’t break the habit (it’s tough), and one player vehemently denies he even made that horrendous giveaway from his backhand (he did, the video doesn’t lie). Consistently moving the puck from your forehand gives you greater control and opens up options faster. Here’s a tip – if you have a defenseman who’s constantly passing on his backhand, try moving them to their off-side and see what happens. Could be a disaster. But it could be a huge boost to his or her confidence (and a boost to your team’s offense). Specific stickhandling drills that force players to raise their top hand elbow to protect the puck will help with this skill.

Now that we can escape along the blueline and keep the puck on our forehand, we need to get some pucks on net, right? Well, defensive zone coverage is so organized these days, and players take a lot of pride in blocking shots. A defenseman’s primary job is to get the puck past the first player. That’s it. If that player is a winger pressuring high, just get the shot past the shin pads. If the first player is the goalie, well then, bury it. Too many defensemen are trying to hit the net constantly from the blue line – as a former grinder, this is exactly what I want you to do. Get it past the first man and let the forwards take it from there. You’re going to score off rebounds and deflections, but at the very least you’re guaranteed to increase your zone time.

The final, and probably most important way to boost your offense from the defense in the summer? Play some games. Small area competitions bring the fire out in everybody, so organize a couple teams and compete. 3 on 3. 2 on 2’s. New York Ranger Power Play. World Cup. The greatest game on Earth: Tip In.

It doesn’t matter what position you’re playing, you need to be comfortable with the puck and incorporating your teammates into the offense. The more skill your players have, regardless of where they’re stationed on the ice, the more opportunities for offense you’re going to have.

Cuz you know how to win hockey games, don’t you? Score more goals then the other team. Works every time!