A Pre-game Routine to Get Your Team Ready to Go 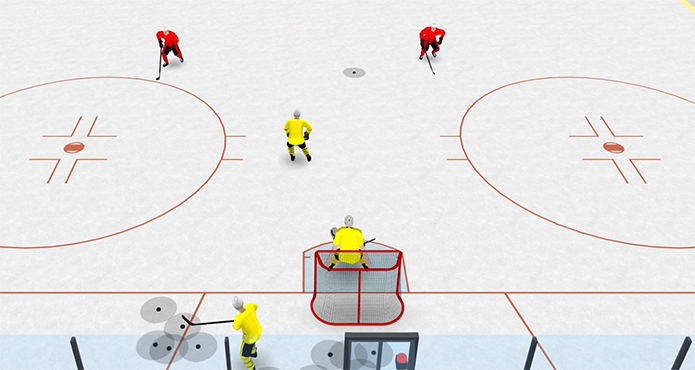 View all posts
Get their minds working early. When to pass, which player needs to be covered, and for the goalie, being ready for anything.
5
(2)

We call it the Horseshoe drill (below), and it’s not very good and we’ve encouraged all coaches to stop using it in warm-ups because it doesn’t serve much purpose other than wasting time.

At a recent tournament, I watched some of our opponents pre-game routine that included a few rushing to the locker room just in time to get dressed, and then on the ice, a lot of standing in line and then at most sending one pass, getting one pass, and taking a shot, then back in line to do it again. The teams were quiet, no talking, and just going through the motions.

In many cases, those teams came out flat and had to find a way to quickly get themselves into the games.

Sure, these warm up drills get your kids moving a little, it gets your goalies some shots, but it’s missing such an important piece to game readiness.

In the one game my team lost that weekend, you could feel it on the ice. The game time mentality was missing before we got on the ice, but it was missing in our warm-up that day.

Not to discount our opponents’ skill that day, they played incredibly, but I know our loss in part, was due to a lack of preparedness.

What these teams lacked, and we lacked was our mental preparedness.

Get their minds working early. When to pass, which player needs to be covered, and for the goalie, being ready for anything . . . 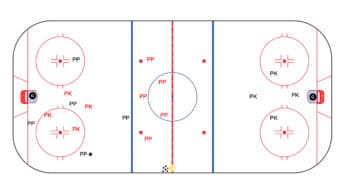 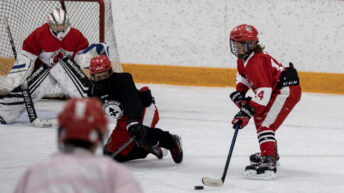