How to add game-like intensity to your drills in practice 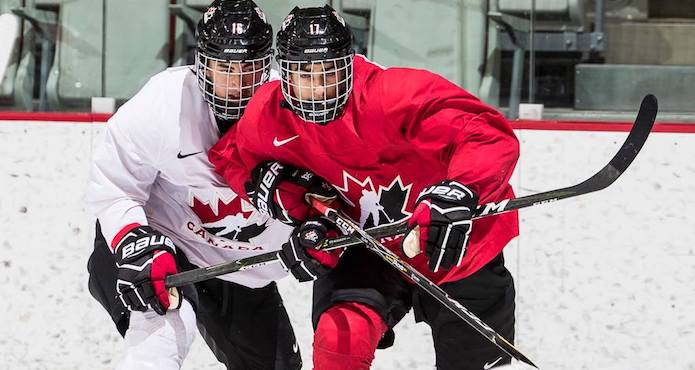 For my colleagues working in the professional, junior, collegiate and minor hockey ranks, these are unusual times.

In the past month, two of my friends working at the elite level have seen their entire teams quarantined due to COVID-19 outbreaks.

Those lucky enough to avoid the virus for now have still been affected by the pandemic in the form of season cancellations, game postponements and strict rules on practice format.

As a coach, what do you do?

I would argue that first we should endeavour to follow appropriate guidelines to ensure the health and safety of our players, our staffs and ourselves.

But second we should also reexamine our own practice planning so that our teams can get the most out of their on-ice sessions in the absences of regular league play.

Professionals in other industries such as healthcare, restaurants and retail are working furiously to adjust to the new reality, and so should we. Now is not the time for business as usual.

Below are two simple elements we can incorporate into our small-group practices to help players experience game-like conditions, even when they cannot play games.

1. Start with a push-in escape

Per a study done during the 2020 Stanley Cup playoffs by skills coach Sebastien Lemay, 80% of initial puck touches happen outside of the dot lanes. Even in the best league in the world, many offensive sequences die along the wall before they can materialize into a middle attack.

At the top levels of the game, skilled players and grinders alike often get their first touch near the boards. The difference is that the latter typically opt to bunt the puck to someone else, while the former have the touch and poise to gather a bad puck, get off the wall and make a play.

To help young players become comfortable with making a wall play inside body contact, we can start a team practice or small-group skills session with a simple push-in escape progression.

A player or coach makes a short pass to a stationary player on the half-wall, then skates in to gently push the puck carrier into the boards akin a defenceman playing defensive zone coverage. The puck carrier needs to accept the body contact, roll off, then attack the net.

Things to watch out for: