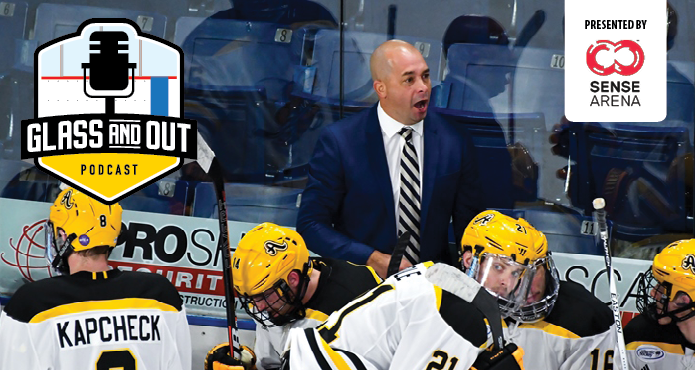 View all posts
The Yellow Jackets are one of the rising programs in college hockey.
0
(0)

When you think of top NCAA hockey programs, schools like Minnesota, Boston College, Michigan State, and North Dakota are usually some of the names that come to mind.

While American International College is not quite yet in that conversation, head coach Eric Lang has helped the small school quickly gain notoriety during his short tenure. Lang has helped turn the Yellow Jackets program from a bottom feeder to one of the rising programs in college hockey.

After only winning a combined 11 games the previous two seasons, Lang was named head coach of his alma mater in 2016. Within four seasons, he helped AIC to its first two Atlantic Hockey Conference playoff championships and its first ever birth in the NCAA Championship in the 2018-19 season. It was there that they completed one of the biggest upsets in College Hockey history, taking down #1 ranked St. Cloud State in the first round. The success resulted in Lang being named Atlantic Hockey’s Coach of the Year twice and College Hockey News Coach of the Year once.

The Bronx, New York native played two seasons for AIC, serving as captain for both years, while being honoured with the ECAC Merit Medal and the school’s Henry Butova leadership award. He would start his coaching career by returning to his alma mater in 2006 as an assistant coach for two seasons. Lang then became the head coach for Manhattanville College, a NCAA Div III women’s program. After three seasons, he returned to men’s hockey and serve as an assistant for Army at the US Military Academy for five seasons.

Now in his second tenure as a coach with AIC, he currently has the team 2-0 heading into the holiday break.

In this week’s podcast, we’ll discuss how Lang has been able to turn around the AIC program, the challenges of recruiting for a small school, and leadership lessons learned while coaching at a military school.

Eric Lang Glass and Out Podcast 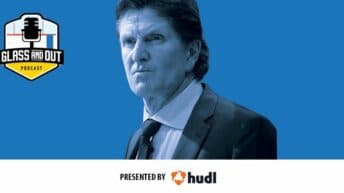 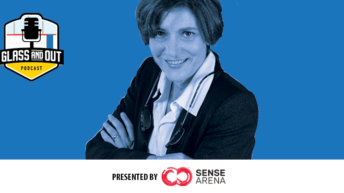 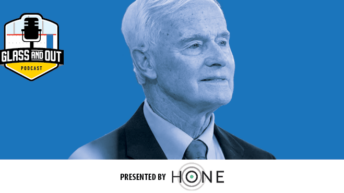