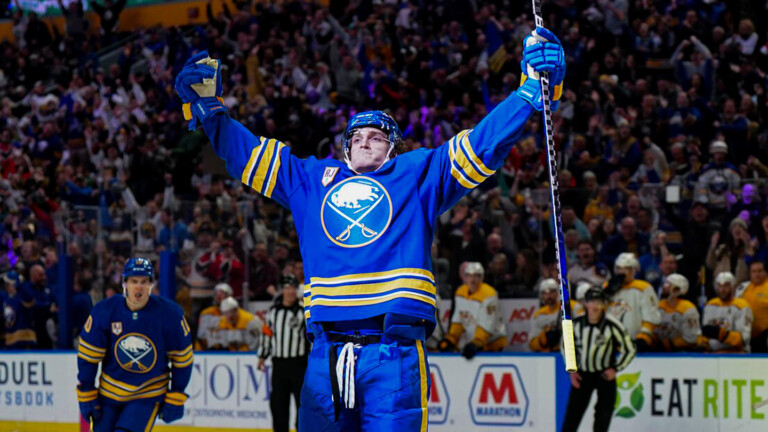 Thompson combines a unique blend of size, speed and skill, making him one of the NHL’s toughest forwards to defend.
5
(1)

Tage Thompson is doing something special in his sixth NHL season.

After struggling in the early goings of his career, Thompson has transformed himself into one of the top NHL forwards in 2022-23. Approaching the midpoint of the season, Thompson is sixth in NHL scoring with 31 goals and 58 points in 41 games.

The 25-year-old power forward has found a home in Buffalo following the trade from St. Louis back in 2018. The Blues drafted Thompson 26th overall in 2016 before shipping him out two years later as part of a package deal for Ryan O’Reilly. Thompson had a breakout 38-goal campaign in 2021-2022 with the Sabres before exploding into superstar status this season.

What exactly is Thompson doing this season that is making him one of the NHL’s premier players? After all, the Arizona native only scored 18 goals in his first four years in the league before hitting his stride with Buffalo last season. Read on to find out and see what skills you can help teach your players.

Thompson combines a unique blend of size, speed and skill, making him one of the NHL’s toughest forwards to defend . . .