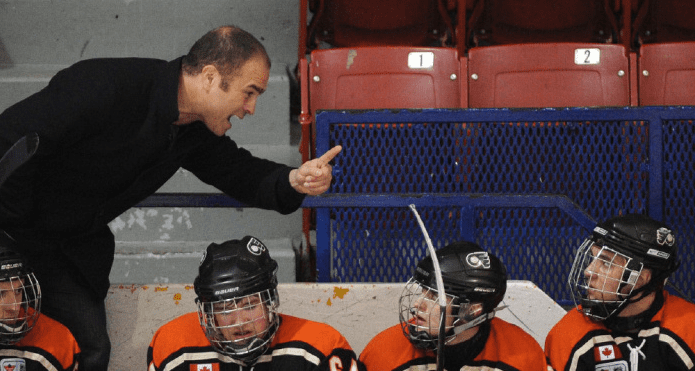 I remember the talk well.

It was in the hallway outside our dressing room at the Sherwood Park Arena during my second year of Bantam AAA hockey. We were an excellent team – we possessed the league’s leading scorer, Braydon Cox, one of the best friends of my youth, who out-shone current National Hockey Leaguers like Joffrey Lupul and Jay Bouwmeester.

(Side-note, this was the season a teammate of mine, Brenden Beaudoin, got suspended for trying to remove Lupul’s head from his shoulders with his bright gold Easton Aluminum. Beaudy’s parents made him get his supper from the 7-11 down the street for a week after the attempted decapitation.)

Anyways, back to me. The conversation in question started because I had a melt-down after being scored on during a penalty-kill. Killing penalties was my primary role, and I had failed.

And I remember the conversation with my coaches, led by Paul Rai, quite well.

“What’s the real problem?” Paul asked with a smirk on his face, one I didn’t recognize until recently having dealt with a similar situation.

I started by apologizing for letting the penalty kill down, but as I laid it all out there, I recall complaining about not playing on the powerplay and not being counted on to score.

Paul listened closely. He reminded me that while I didn’t play on the powerplay, I didn’t need to in order to succeed. I received plenty of ice time. I was an assistant captain. Not everyone needs to score for the team to experience success.

Paul told me the truth.

I remember being content with that. Frustrated still, sure, but there were ways to deal with frustration, like launching myself into the path of oncoming opponents. If I wasn’t going to score, I was going to do enough damage to other players to ensure they didn’t either.

Young hockey players define themselves by scoring points. It’s how hockey in Canada has wired them, it’s how their parents raise them. In the car on the ride home, we ask our youngsters how many goals they scored instead of asking them about something over which they actually have control, things like their work ethic and their listening skills.

We can still encourage competition without defining our children by their status as its achieved by scoring goals.

“Did you work harder than anyone else today?”

“What did your coach tell you?”

“Did you enjoy yourself?”

I didn’t always enjoy myself playing hockey, but Paul found a use for me and I played an elite level of hockey because of it. He recognized me with a letter on my chest despite my short-comings in the offence department.

Before another game a few weeks after this conversation, I remember Paul reading aloud in the dressing room notes he’d collected on a few players on the team. You guessed it, the Kelvin section was detailed. Our conversation laid bare for everyone to hear, my insecurities made public. I don’t remember what my reaction was, but the next thing I remember is starting the game on Coxy’s right wing and scoring off a cycle, right in front of the net. Jeff Fisher kicked the puck to my stick and I buried it. It felt great, I’ll admit it. Everyone likes scoring goals, even if it’s only once in awhile.

And then I believe I demolished some kid just to remind myself of who I really was: the player, the person, Paul had encouraged me to become.

So Paul, here’s my retribution, our conversation once again displayed publicly, but I believe a lot more people will see it this time around. These days I’m coaching roughly the same level of hockey you were when you had to deal with that young emotional spark plug, all filled with anger. In fact, I’ve added another niche to my hockey resume – writing about it. Who knows where I’d be if you’d have let me give up. It didn’t turn out like I envisioned when I was 15, but hot damn, it’s still pretty cool.

And I get it now, coaching a high level of hockey is a juggling act. You must have been beside yourself dealing with one of the role players in addition to the high maintenance superstars.

Thanks for your time, Paul. It meant a lot.

In fact, it still does.