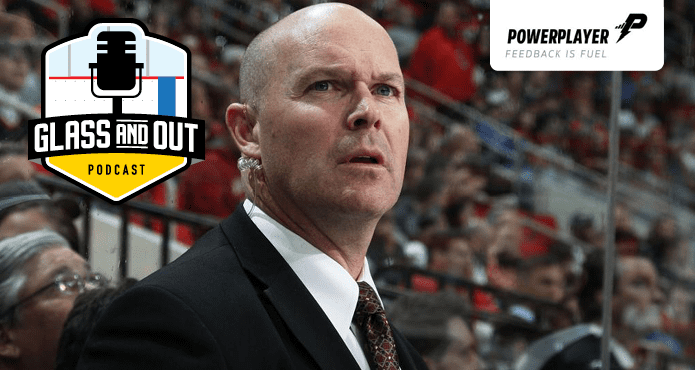 Ownership instability, the constant threat of relocation, and only two playoff series victories in 22 years have made the history of the Arizona Coyotes franchise one filled with turmoil. But for the first time in years, it appears that things could be trending upwards for the Desert Dogs.

A young core that includes Clayton Keller and Jakob Chychrun, plus veteran stars like Oliver Ekman-Larsson and Taylor Hall, and a solid goaltending-tandem of Darcy Kuemper and Antti Raanta compose a team looking to end a seven-year playoff drought. They will take on the Nashville Predators in a best-of-five play-in series this summer.

Assistant coach John MacLean is his third season with Arizona and knows the struggles of trying to build a contender. MacLean spent 22 years as a player (14) and coach (8) with the New Jersey Devils, and played a pivotal role in their journey from basement dwellers to NHL powerhouse. Drafted sixth overall in 1983, he would finish his career as their all-time leading scorer (347 goals and 701 points) and help the organization capture their first Stanley Cup in 1995.

MacLean joined the Devils’ coaching staff as an assistant immediately following his playing career. Working under Hall of Famer Pat Burns, New Jersey captured their third Stanley Cup in franchise history that season. Six seasons later, he would take over as head coach of the AHL affiliate in Albany, before moving back to the NHL club the following season as the team’s head coach. After three seasons as an assistant in Carolina, MacLean took a three-year break from coaching and pursued a broadcasting career. He then made his way to Arizona in 2017.

In this week’s podcast, we’ll cover how he’s brought his experiences from New Jersey to the desert, his philosophy for handling the Coyotes’ forwards and penalty kill, and the challenges his team faces in the upcoming best-of-five series with the Predators.