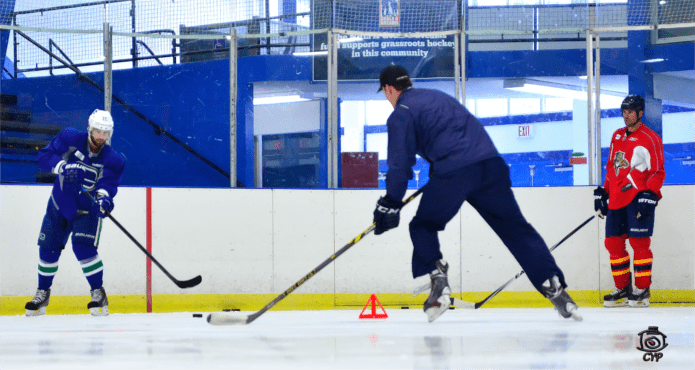 We have all experienced it before during a minor hockey game. The coach or parent screaming at a young player to “pass it, pass it”!! And there it is…the puck comes off the stick blade using some type of new invention flick pass causing the puck to travel in all directions but the right direction. This is usually followed up with the coach waving his hands in the air in frustration or the parent banging on the glass in disbelief.  I mean as a parent or coach watching how hard can it really be?? Just sauce the biscuit over to the breaking winger flying down the wall. The answer is really hard. Teaching young players how to pass requires extreme patience. It is also the one of the most challenging skills for young players to learn.

The most important part of learning how to pass is to stop moving. Players should be stationary. Remember, this is a complicated skill for young players. Have players select a passing partner with each player facing each other standing behind a cone.  The toes of each player should be facing each other. During the process of making and receiving a pass both player’s feet should remain stationary.

Have the players start with the puck in the middle of their body directly behind the cone.  Using the backhand of the blade, the player will pull the puck to the side of their body so the puck is equal to heel of the skate. This is important as bringing the puck pass the heel of the skate allows the stick blade to open. This will lead to the puck coming off at a poor angle. We always want to make sure the blade remains square. With the puck now on the forehand the player is ready to make the pass.

Introducing passing to young players takes patience and repetition. It is important to remember that passing is a complicated skill for young players. Start stationary with proper puck placement while building up to driving the inside shoulder.  These building blocks will help make passing a rewarding process for both the player and coach. 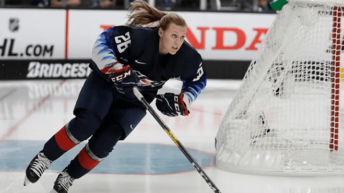 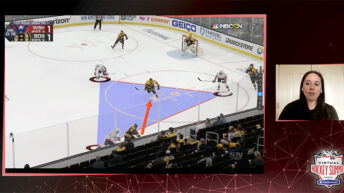