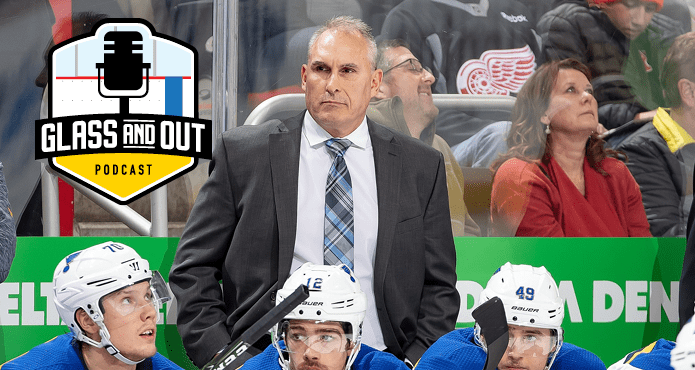 The St. Louis Blues’ journey to their first Stanley Cup last season was truly one of the most incredible stories in recent sports history.

Their unlikely turnaround from last place to champs has been well documented but here’s a quick refresher:

On January 2nd, the Blues sat dead last overall in the NHL. After an impressive second half of the season that saw the team go 30-10-5, they finished 3rd in the Central Division. The Blues playoff run saw them take down Winnipeg, Dallas, San Jose and eventually the Boston Bruins in seven games en route to their first Cup in franchise history.

A big part of the turnaround? An early season coaching change from Mike Yeo to Craig Berube.

Berube, a former enforcer who accumulated over 3000 PIMs in just over 1000 NHL games as an undrafted player, made two Finals appearances with the Fylers in 1987 and the Capitals in 1998. His coaching career would begin with the Philadelphia Phantoms, where he spent four seasons as an assistant and head coach.

He would then make the jump to the big club and spend seven seasons with the Flyers. After a year off from coaching, Berube would join St. Louis’ AHL affiliate, the Chicago Wolves in 2016. Two years later, he would lead the Blues to their long-awaited first title.

And the success has carried into this season. St. Louis currently sits in first place in the Western Conference and Berube represented the Blues as head coach of the Central Division at this year’s NHL All-Star Game.

Find out his perspective on the Blues’ Cinderella run, how he’s approached avoiding the dreaded cup hangover, and his thoughts on today’s game as a former enforcer in this week’s edition of the Glass and Out Podcast!