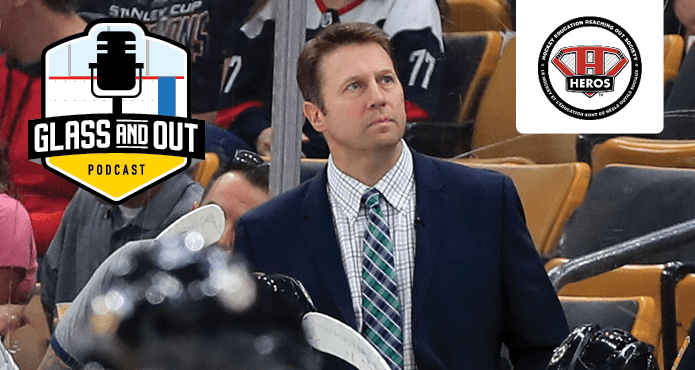 This week’s podcast is sponsored by Heros Hockey.

In many ways, the Boston Bruins have been one of the model NHL franchises over the past 10 years. Over that span, the B’s have won a Cup while making three Finals appearances, captured two Presidents’ Trophies and only missed the playoffs twice. One of the main reasons for their success? Top notch special teams — and more specifically, their penalty kill.

Bruins assistant coach Joe Sacco is currently in his sixth season with the team and is in charge of the PK. The Bruins have finished with a top-three unit three times under his watch, including the current season. Sure, having arguably the top two-way forward in the league in Patrice Bergeron, along with super-pest Brad Marchand and a 6-foot-9 Zdeno Chara helps, but a lot of the credit belongs to Sacco.

The Medford, Massachusetts native played college at Boston University and was selected by Toronto in the fourth round of the 1987 NHL Draft. He would go on to play 13 seasons in the NHL and represent USA Hockey eight times, including the 1992 Olympic Games in Albertville, France.

Following his playing career, Sacco was hired as an assistant coach by the AHL’s Lowell Lock Monsters. Two years later, he’d join the Colorado Avalanche organization and become the head coach of their AHL affiliate in Lake Erie. The Avs would promote Sacco to head coach of the big club after two seasons. His first season resulted in a Jack Adams Award nomination and a playoff birth for an Avalanche team that was expected to finish at the bottom of the standings. After three more years with Colorado and a brief stop in Buffalo, Sacco would join the Bruins organization.

This season saw Boston capture the Presidents’ Trophy as top team in the NHL when the season was suspended. They now await the start of the playoffs as a top four seed in the Eastern Conference.

In this week’s podcast, Sacco explains his thoughts on creating a successful penalty kill, how USA hockey has evolved over the past 30 years, and preparing for a summertime postseason run.