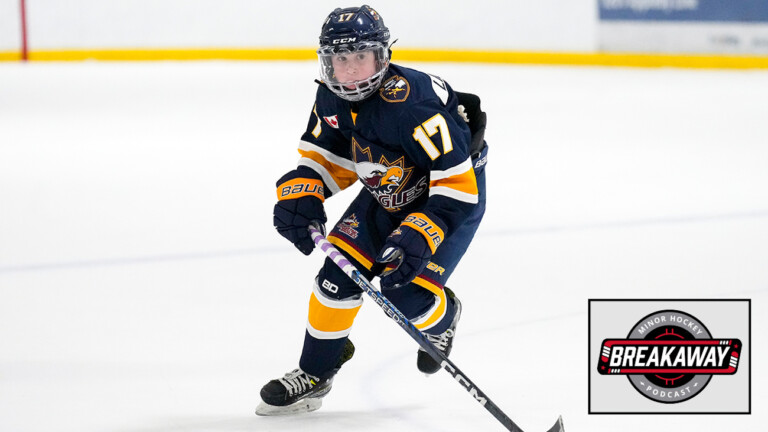 Rico Phillips says hockey can be a game for anybody.
0
(0)

The Coaches Site is proud to welcome the OMHA’s Breakaway, the Minor Hockey Podcast to our network of podcasts! Stay tuned for weekly episodes, as Aaron Wilbur and Ian Taylor sit down with the leaders of hockey to discuss everything from scoring more goals to how to grow the game from the minor hockey perspective.

Rico Phillips says hockey can be a game for anybody.

That’s one of his goals as the Ontario Hockey League’s Director of Cultural Diversity and Inclusion, to welcome in as many new fans to the game as possible.

Growing up in Flint, Michigan as a firefighter, Phillips admits he is still learning about the lived experiences of others as he educates those about the games. He acknowledges his blindspots and that he’s constantly learning, because growing up he may not have had anybody who represented Indigenous or LGBTQ+ groups.

“This is about bringing us all closer together, whether in hockey or throughout life. All of you are not going to just buy in to this easily. What I’m asking you to do is listen and tell you that this transformation is happening, and we want you to be a part of it, not a naysayer looking to the outside wishing that we have failure,” said Phillips. “Try to be a part of it because it’s going to make a big difference. We will have more people playing. The sport will be much better if we all work harder to be as one.”

One of the lessons learned from Respect Group is about empowering the bystander to speak up when something that’s wrong is happening. It’s on all of us to change how people view the sport. Just because an issue doesn’t exist in your community doesn’t mean you don’t talk about it.

“I tell parents you can talk about whatever you want with your son or daughter. But when they get to the rink, they are under a different standard. It’s not allowable here. Once you get to our arenas and representing our sport, you can’t do it here.”

Phillips explains how diversity looks different in different communities. It’s not just based on socioeconomics or race, but bringing in new faces to the game, however that is reflected in population of the area.

Speaking with Tara Slone at the OMHA’s most recent Annual General Meeting, Phillips echoed his point about what he means when talking about inclusion.

“Inclusion does not mean push white people away. It means include others in the conversation. Give them validity, learn what they have to say to that we understand more.”