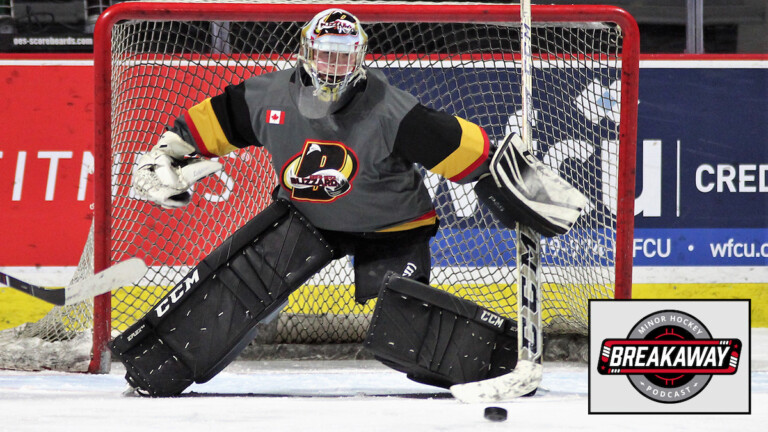 How can you keep goalies engaged and involved instead of just being target practice at the end of the drill?
0
(0)

The uniqueness of the goaltender position has always added a wrinkle into practice planning for coaching. How can you keep them engaged and involved instead of just being target practice at the end of the drill?

It’s about making your drills as game-like as possible.

Ryan Daniels is an OMHA grad out of Ajax-Pickering and the current goaltender development coach of the AHL’s Texas Stars. He spent three years as the goaltending coach for the Guelph Storm and three with the Mississauga Steelheads. As a player, Daniels spent time in the ECHL, OHL, Central Hockey League and OJHL.

He’s seen first hand how the position has evolved and how the technique has changed.

“There’s a heavy emphasis put on skating and edgework. Now it’s not necessarily just stopping the puck but rather how do you stop it, how can you put yourself in the best position possible to make a second save or third save if necessary,” said Daniels.

For practices, Daniels suggests having goalies handle the pucks like they would in a game – be involved in breakouts and managing the puck behind the net. If a team has a goalie coach, have the head coach be familiar with their conversations and terminology used.

Daniels is an advocate of having players try the position if they choose, but not having to be locked down at a young age. The OMHA’s Goalie Assist program gives a free set of goalie gear to Associations to lend out to young players interested in being a goalie without having to make the financial commitment of buying the gear.

Off the ice, Daniels has noticed an evolution in how goalies prepare themselves and the workouts they use to get ready. Pilates and yoga are popular in netminder circles as they enhance the core, glutes and hamstrings – all important areas needed for the position.

For those looking for extra reps, Daniels suggests reaching out to skills camps for skaters and seeing if they need a goalie for their shooters.