Bruce Cassidy and the Analytics Kid 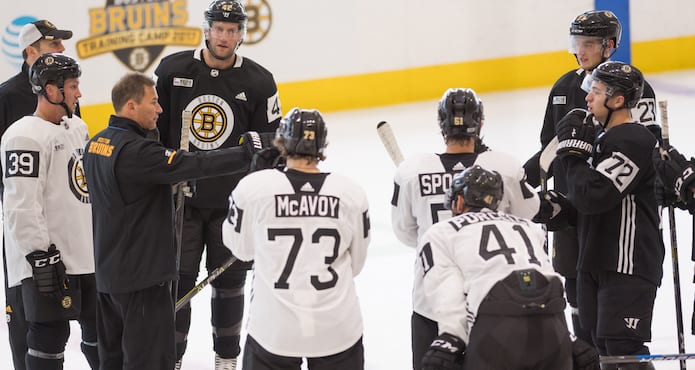 The best coaches are natural analysts. They pore over the video to find an edge ahead of their next game. Information is brought to the coach on line matching, face offs, power play and penalty kill tendencies, and the coach consumes all of it, trying to retain it all so he can recall a key piece of data while behind the bench. Coaches want anything that will help them win, but it’s not always presented that way.

What we’ve commonly heard from teams and coaches is that “they’ll consider the analytics” or they’ll “look at the analytics to justify a decision.” Both of these positions start from a position of inherent bias in that the team has an idea about something and then goes looking at the data to see if it confirms or refutes that bias. Based on the less than ideal decision-making still being perpetrated in several corners of the league, this is likely what’s occurring behind the scenes.

Instead, teams should use data first to create a foundation of an unbiased viewpoint. What does this look like?

Boston Bruins head coach has been making waves in the analytics community recently for his postgame press conferences. First, in talking about the team’s slot chances.

“I don’t recall a lot of slot chances – I don’t know if the analytics will back that up – but those are the most dangerous ones” pic.twitter.com/TzBSXxGMEi

Cassidy first gives his impression of the game, that he doesn’t “recall a lot of slot chances” and then hedges by adding that he isn’t sure if the “analytics will back that up” and then concludes by saying “those are the most dangerous ones.” Right there we learn a lot about Cassidy’s process.

First, he is always a student of the game and learning, as all coaches do, so he provides his assessment of what’s just happened.