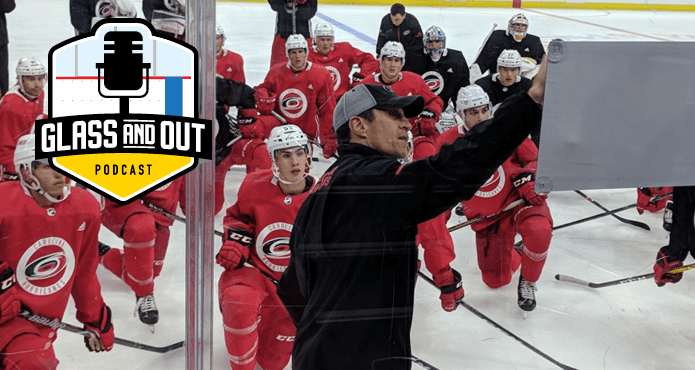 In the climate of today’s game, it’s understandable if a high profile coach or hockey executive decided to dodge something like a podcast appearance. That would definitely apply to Carolina Hurricanes head coach Rod Brind’Amour, who has been front and centre in the recent string of NHL coaching controversies.

The Canes coach was gracious enough to join the Glass & Out Podcast during his team’s recent stop in Vancouver — and was a complete open book.

The former Stanley Cup champ, Olympian, and two-time Selke Trophy winner followed up a successful playing career by becoming an assistant with his former team in Carolina. After seven seasons, he was named head coach and would lead the Hurricanes all the way the Eastern Conference Final in his first season.

Known as a players coach, “Rod the Bod” has found a way to use his experience as a player to connect with his team in a unique way.

Brind’Amour shares his opinion on the Bill Peters situation, the Hurricanes unlikely 2019 playoff run, and just how long he expects to stay in the coaching game during this week’s edition of the Glass & Out Podcast.