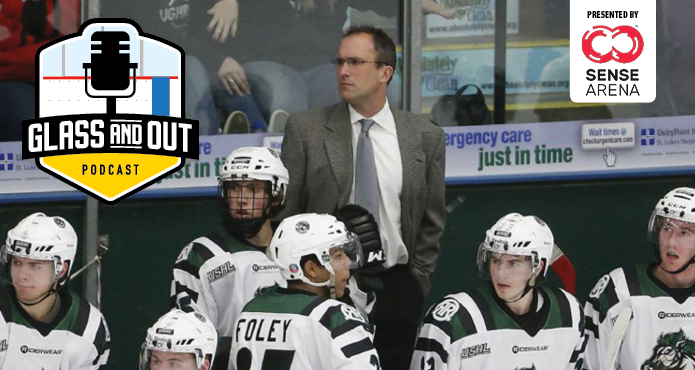 View all posts
He's created a culture that prioritizes values over winning games.
0
(0)

Like the old saying goes, “coaches are hired to be fired.” Take a look at any career coach’s Elite Prospects page and you’ll likely find a long list of different teams from various leagues.

And then there’s Mark Carlson.

Carlson has the rare honour of being the only head coach in the history of the USHL’s Cedar Rapids RoughRiders since their inception in 1999. That’s 22 consecutive years in Cedar Rapids, Iowa. In addition, Carlson has also served as GM and President of the RoughRiders since 2014. While many are looking to make that next step towards reaching the pros, Carlson has found his calling by committing to helping young men become good people first, and players second, as they prepare for the next level.

His long list of accomplishments includes over 600 wins, three USHL Coach of the Year awards, a Clark Cup championship, and three Anderson Cup titles as the USHL regular season champions. More importantly, over 500 of his players have received Division I scholarships, and 38 have been selected in the National Hockey League Draft, 41 have signed NHL contracts — with 22 having made their NHL debuts.

Carlson has also had the honour of serving as head coach for Team USA during the 2008 and 2009 World Junior A Challenge. Both years, USA won the gold medal. In 2009, he was recognized as the United States Olympic Committee Development Coach of the Year.

Currently, Carlson and the RoughRiders are awaiting the start of the 2021-22 season after making the tough decision to not play the USHL season due to significant damage done to their arena and community of Cedar Rapids caused by a severe summer storm.

Find out how Carlson has created a culture that prioritizes his values over winning games, his decision to stay in Cedar Rapids, and how he’s dealt with the adversity of a missed season.

Glass and Out Mark Carlson Podcast 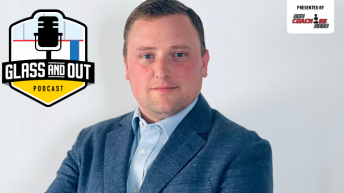 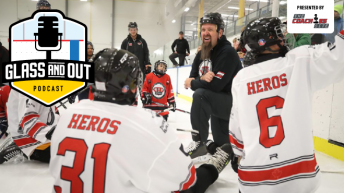 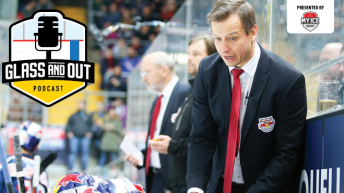