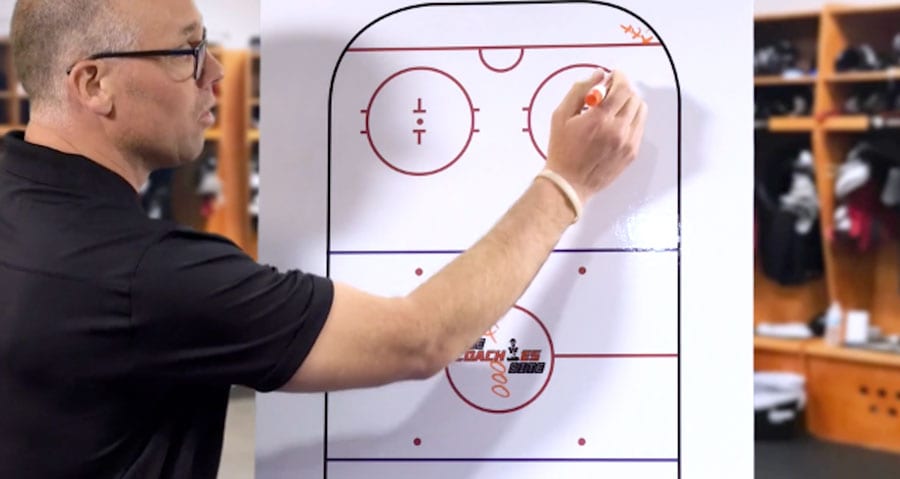 Taking the proper route to the puck-carrier can mean the difference between a goal for your side and a jail-break going the other way that ends in confusion, heartbreak, and a round of pulmonary embolisms for the coaching staff.

The great thing about angling is its personally skill-dependant. This means that your players don’t have to be the fastest on the ice (though it helps) to take the proper angle. In reality, being a fast player doesn’t necessarily equate to taking the right angles – you can go too fast and miss the mark completely. That’s why it’s called angling and not skate-straight-at-the-puck-carrier-full-speed-ing.

Longtime Detroit Red Wings head coach Jeff Blashill has coaching experience at various levels – spending nine years in college hockey as an assistant with Ferris State and Miami (Ohio) University, before winning a USHL championship as a head coach during his two years coaching the Indiana Ice. From there, it was one year as the head coach of Western Michigan University, one year as a Detroit Red Wings assistant, and three exceptional seasons as the bench boss of the AHL’s Grand Rapids Griffins – a stint that included a Calder Cup.

Blashill knows that every level of hockey brings challenges – controlling an opponent’s speed being chief among them. Check out Blashill’s chalk talk below and learn a couple new techniques to help your players master the art of angling.

Check out the free preview below, and watch the full premium video with a membership to The Coaches Site.