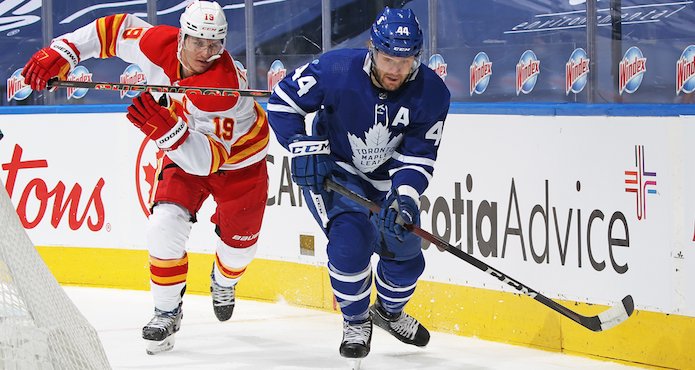 View all posts
Great teams can play to their potential by embracing it.
0
(0)

After having coached at the minor hockey, university and AHL levels, I’ve come to appreciate the fact that coaching equals selling. As hockey trends towards a more possession-oriented style, few tactical elements have become harder to sell to players than the dump-and-chase.

Why give up the puck if we already have it?

It’s a valid point that smart players, parents, and coaches will raise. So why teach the dump-and-chase at all?

Selling point 1: It still works in the NHL

The most compelling reason is that valuing pressure over possession at 5v5 can still provide teams with a competitive advantage, even in the most-skilled league in the world: the NHL.

According research conducted by hockey analyst Corey Sznajder, coach Darryl Sutter’s Calgary Flames are the NHL’s most forecheck-oriented team in 2021. This style is one that Sutter employed with his Stanley Cup-winning Los Angeles Kings teams in 2012 and 2014, but also meshes well with the tenacious and physical players that makes up more of the Flames’ roster. 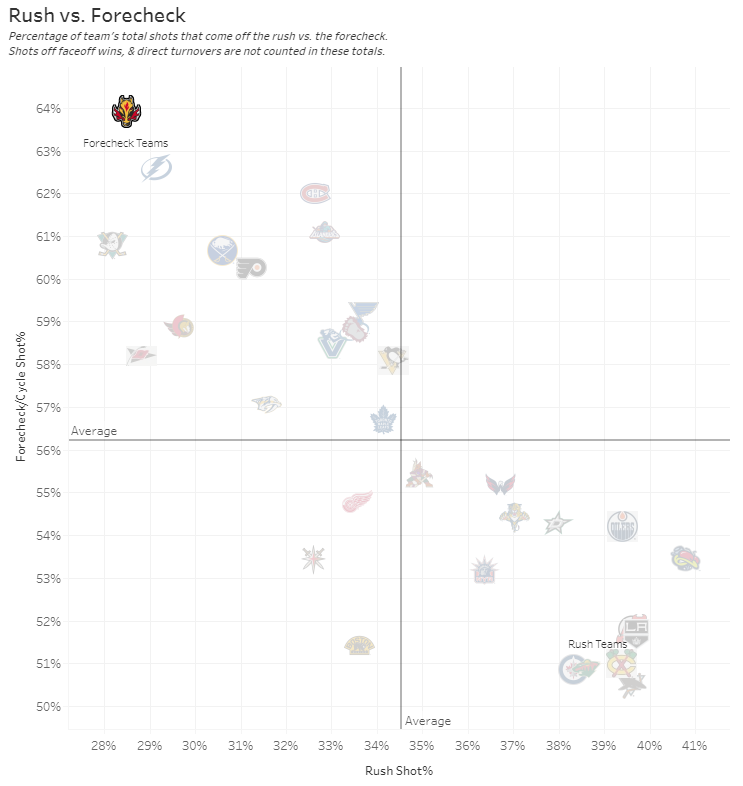 But how can Sutter get finesse forwards such as Johnny Gaudreau to buy in?

As it turns out, the team whose offensive profile most closely mirrors the Flames is the Tampa Bay Lightning, the reigning Cup champion. Despite having more Gaudreaus than Tkachuks on their roster, the Lightning dump-and-chase liberally in order to gain the offensive blue line, recover possession in favourable postures, and establish control over the game with their offensive-zone cycle.

Rather than committing to carrying the puck and forcing the issue even when the space is simply not there, Tampa Bay’s skilled players are quick to recognize when neutral-zone coverage does not allow for controlled plays and frequently use dumps, flips, and chips to exploit the ice behind opposing defencemen. By doing so, they succeed where high-octane teams such as the Toronto Maple Leafs and the Colorado Avalanche fall short.

Selling point 2: You can score off a turnover

For offensive-minded players, dumping and chasing doesn’t have to be an exercise in delayed gratification. As a matter of fact, forcing opposing defencemen to turn back and fetch the puck can immediately lead to Grade-A chances, especially when the retriever is a poor skater or does not habitually shoulder-check to identify options and threats. 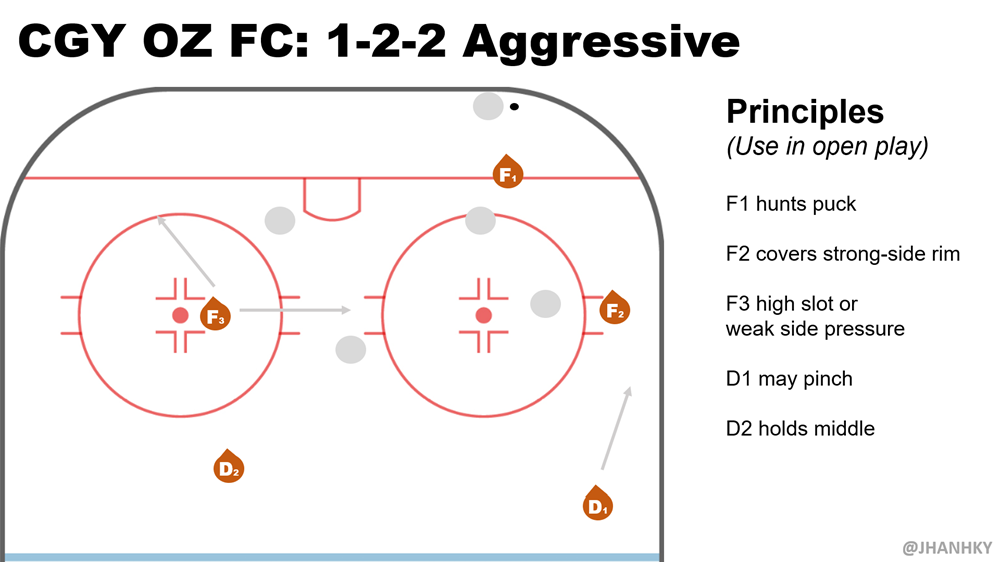 The linchpin of Calgary’s heavy forecheck is their classic 1-2-2 formation. On contested offensive zone entries, the Flames shift the odds in their favour by chipping the puck past the backpedaling defenceman and forcing him to make a play on the retrieval.