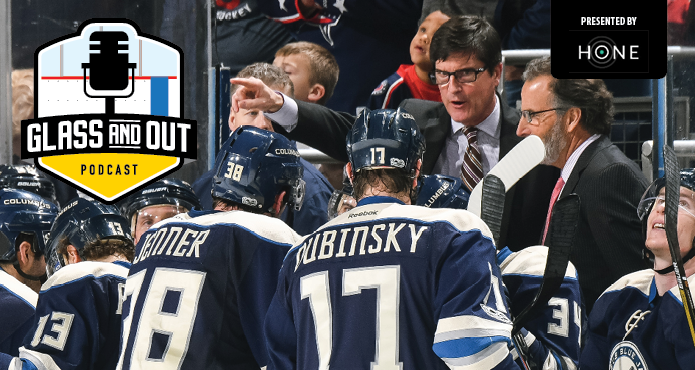 Over the past few years, few NHL teams have been able to shock the hockey world they way the Columbus Blue Jackets have. With John Tortorella leading the way, the Jackets have become a team committed to playing a gritty brand of hockey that has helped them stay competitive despite big roster turnover and numerous injuries.

Assistant coach Brad Shaw has worked under Tortorella for four of his five years with the team and has played a big role in helping create the Blue Jackets identity. Some of  the Jackets’ incredible accomplishments during that time include falling one win short of an NHL record 17 consecutive wins in the 2016-17 season and a first-round upset of one of the best teams in NHL history with a sweep of the Tampa Bay Lightning in 2019 playoffs. While they’ve failed to get past the past the second round of the playoffs during that time, there is no doubt that Columbus will continue to stay competitive for the foreseeable future — thanks in large part to their strong team identity.

Following his retirement as a player in 1999, Shaw got his coaching career started by immediately jumping behind the bench as an assistant coach for the Tampa Bay Lightning for one season. He would then make the move to the Detroit Vipers of the IHL the following season to become their head coach.

After four seasons in the AHL, he’d make the jump back to the NHL with the New York Islanders as an assistant coach before taking over as head coach midway through the following season.

The Cambridge, Ontario native’s next move would see him incredibly spend the next 10 seasons as an assistant/associate coach in St. Louis, where he worked under four different head coaches. That includes Mike Kitchen, Andy Murray, Davis Payne, and Ken Hitchcock.

After his time with the Blues, Shaw joined Tortorella’s staff in Columbus in 2016. As the team’s defensive coach, he has also had the opportunity to mentor two of the game’s top young defencemen in Seth Jones and Zack Werenski.

In this week’s podcast, we’ll discuss how the Blue Jackets have been able to create their identity, his philosophy for developing young defencemen, and his keys to developing meaningful relationships with his players.