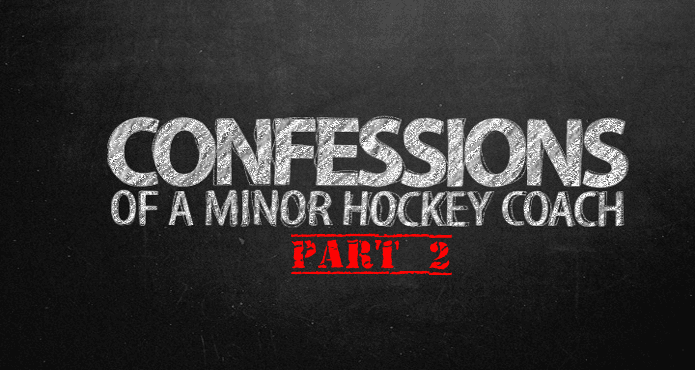 The world of sit down, shut up and do your job is over, and a new reality has taken its place.

On a hockey team, at least.

These days players question our decisions and make life difficult and we call it entitlement. The truth is that today’s minor hockey player – I’m including junior, midget, bantam and peewee players here – isn’t entitled, they just have high expectations of their coach.

Ok, and they’re a little entitled.

Coach Hitchcock & Adapting With the Times

During his talk at the 2012 Team Snap Coaches’ Conference, Ken Hitchcock hardly looked at his notes during his 45 minutes on the stage. Why? Because he’s seen it all. He’s involved. He goes the extra mile to fully appreciate the pressures faced by each new generation of hockey player. He doesn’t need to refer to notes because understanding his players is second nature.

When it comes to working hard day in and day out, players want to understand what’s in it for them. Coach Hitchcock says that today’s player is cynical, and if you think about if for a second you’ll know it’s true. Sure, every athlete wants the team to do well, but they want to know precisely how they’ll benefit from that success. Like never before, the trust between a player and a coach is the key to success both for the team and for the individual.

The problem is that the trust of the player isn’t the only trust you need to gain.

Here’s the meat and potatoes of the debate: let’s say you spend 10 hours each week with a player. It’s one step to earn their trust when you can explain your decisions as they happen at practice or in between periods. It’s another battle all together to ensure that message is being translated efficiently in the car on the ride home. You can explain to a midget hockey player why he’s not playing on the powerplay all you want, and you might get through to him, but getting through to mom and dad is a different story. The parents aren’t paying for wins and losses, they’re paying for the development of their child. So you’ll need to find other ways to gain the trust of the entire family, a circle Coach Hitchcock says is as tight and important as its ever been. I don’t want this article to be dominated by parents, so I’m going to keep moving right along to the things we, as coaches, can control.

Last week I was picking up pucks following a practice. Most coaches won’t do this, but I was just standing around and wanted to help out. Sometimes it’s just easier to do it yourself than it is to ask the kids to do it, right?

Well, I picked up about 5 pucks when my captain, Carter Stephenson, skated between me and the bucket and said “I got it Kelvin.” A small gesture, but these are the kinds of interactions that paint a larger picture of respect, trust, and teamwork. It’s a two-way street – work hard for your players and they’ll work hard for themselves, which in turn will benefit you and the team.

So, the truth about entitlement? It’s either a myth or it’s simply cold, hard reality – I haven’t decided which yet. No matter what you believe, young hockey players expect a return on their emotional and physical investment in the team. This means that coaches need to work harder than ever to achieve a sense of community throughout the individuals upon which your team is built.

Look, if the players are guilty of entitlement then so are the coaches. Entitlement is just a fancy word for assumption. Let’s stop using the entitlement excuse, because whether you believe hockey players are entitled or not, this is the reality of the game now. Players are more dedicated than ever and they take hockey seriously. If you take hockey just as seriously and you can find creative new ways to get past the entitlement roadblock, then your team will be stronger than ever. Look in the mirror before you judge a player too harshly, because there’s a chance you could be selling your players – and yourself – short.

After all, it’s better to have a player who cares too much, right?