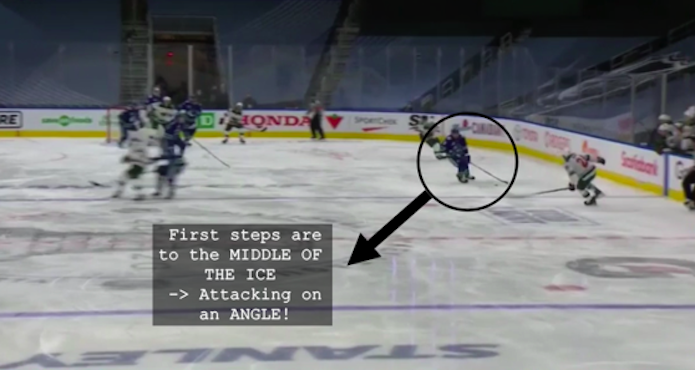 One clear indictor of a player who knows how to create time and space, is the ability to attack on an angle.

This principle, from the IQGame course, allows you to manipulate opponents and attack with options. It allows you to attack more proactively, rather than reactively. This forces defenders to make the first move, opening up space and extending puck possession.

Players in general play too linear with the puck. Unless you’re head over heels faster than everyone, it isn’t an effective tactic. Even if you are, eventually teams will pick up on it and neutralize your speed.

Connor McDavid is the fastest player in the game, but he still uses this principle to consistently create time and space.

Here’s an example of attacking on an angle from the 2020 postseason between the Vancouver Canucks and Minnesota Wild. 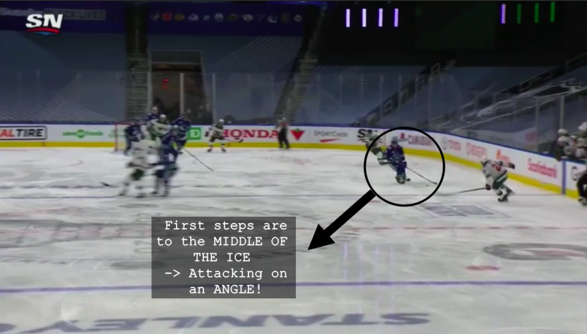 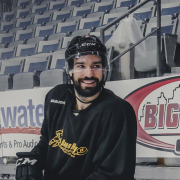