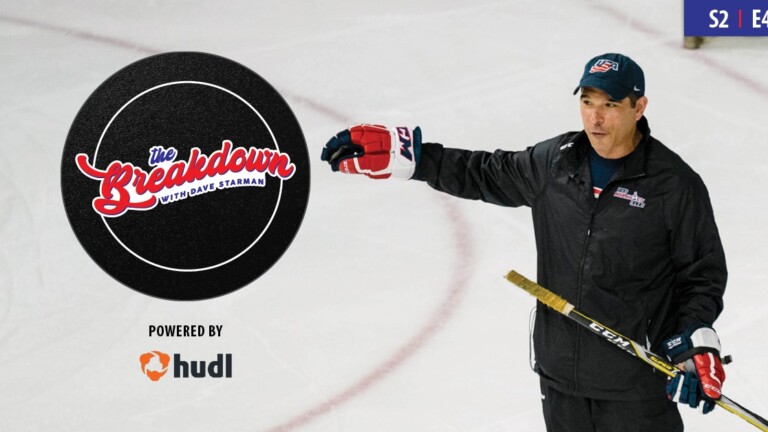 "If you don't hunt pucks to get them back...you have have no chance to get into what looks like pretty hockey. We gotta do the hard stuff first."
5
(1)

This week on The Breakdown, Dave Starman examines how good teams create offence off of placing pucks in and playing behind the opposing team’s defence through the “place and race.” While puck possession is often emphasized in today’s game, the tactic, sometimes known as the “chip and chase,” or “dump and chase,” can still be a great way to attack the offensive zone against strong defensive teams.

Why do teams chip the puck in? According to Starman, it’s all about avoiding turning over pucks in the “grey zone.”

“The grey zones are the five feet inside and outside of each blueline. It always seems like that is the highest risk area to turn a puck over in terms of being at your worst possible defensive posture, and allowing teams to generate from a really good offensive posture.”

Starman is joined by University of Michigan Head Coach Brandon Naurato, who shares how the tactic helped his highly skilled team during last year’s playoff run.

“If you don’t hunt pucks to get them back…you have no chance to get into what looks like pretty hockey. We gotta do the hard stuff first.”

How to Create a Successful Youth Hockey Development Model (VIDEO)

3 Keys to Keeping the Puck out of your Net (VIDEO)