John Riley is a Player Development Coach for the Philadelphia Flyers. His primary responsibility is the development and advancement of the team's forwards prospects. Prior to his current role, John worked as an amateur scout for the team from 2008 to 2013. John spent two seasons as an assistant coach at Princeton University and also worked at Yale and Iona College. Additionally, John spent 13 years in the New England prep school world, serving as a math teacher and head coach Kingswood-Oxford, and Brunswick school, in Connecticut. John has an extensive background with USA Hockey at the regional and national levels. He served as director of player development for the Atlantic District for many years, and worked as a scout for the USNTDP.

View all posts
It all starts with the stick.
5
(4)

When it comes to developing a dangerous offensive player, there are many approaches that coaches can take.

For Philadelphia Flyers Player Development coach John Riley, it all starts with the stick.

Riley spoke at our Global Skills Showcase on how to create options by connecting a player’s stick, hands and body.

According to Riley, the advancements in stick technology has played a big role in how we play the game today. By teaching young players how to use their stick as a tool and connecting it to the body, Riley believes we can help players become a more consistent offensive threat.

Watch the full 42-minute presentation with a membership to The Coaches Site. 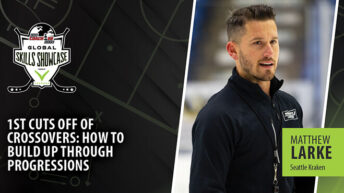 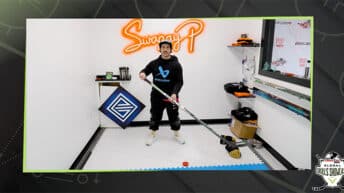