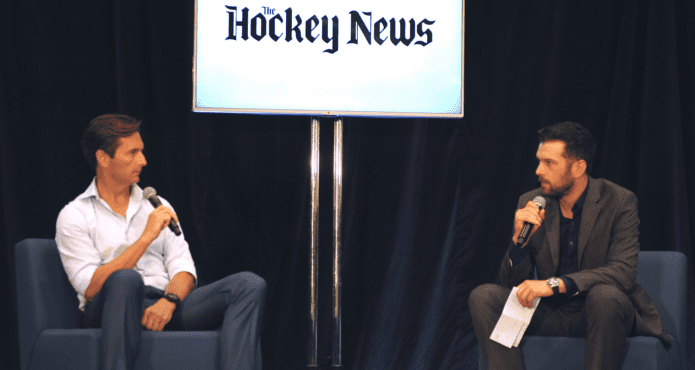 The path to employment in most professions is usually fairly straightforward. You go to University, College or a trade school, complete the course to a certain standard, and then seek employment.

That’s generalizing a bit but the point is that if your child wanted to become a lawyer you could paint a fairly accurate path that illustrated the steps required to practice law.

But what if you child came to you and said they wanted to become one of 30 (soon to be 31) NHL head coaches? What steps would you advise them to take?

If you’re currently an aspiring coach trying to work your way up the coaching ladder, then you can likely relate to trying to sort out the right progression to take.

The one thing we do know about the coaching fraternity is that unless you’re fortunate to be an ex-pro who transitions right into a well paying coaching gig, then your career trajectory is likely going to involve little pay, relocating every few years, lack of job security, and stiff competition for employment.

One thing we’ve learned since we founded The Coaches Site is that the top coaches in the game wear their grind through hockey’s coaching ranks as a badge of honor.  For most of them it’s been a lifelong commitment to their craft and a career full of ups and downs. To step behind a NHL bench is a tremendous achievement! 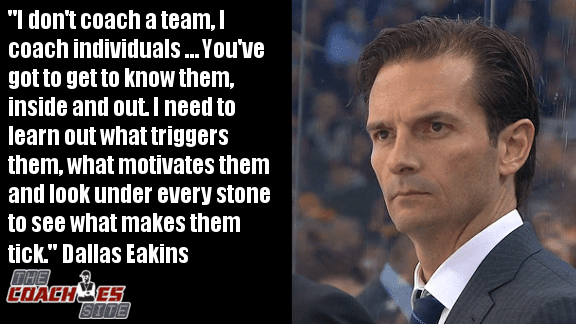 At this past summer’s inaugural TeamSnap Hockey Coaches Conference in Toronto Dallas Eakins joined our MC Ryan Pinder onstage to share his coaching journey in an intimate and candid interview. While Dallas does come from a playing background, his rise to becoming the head coach of the Edmonton Oilers was not an easy one. His departure from the Oilers was likely even more challenging, although he points out in his interview that it was also a blessing in some ways.

Dallas only had one request prior to his interview – “Don’t hold anything back. Ask anything you want.”

In this interview Dallas didn’t pull any punches. From his relationship with Roger Neilson, to turning down more money to work under Paul Maurice with the Toronto Marlies, and to regrouping following a turbulent tenure in Edmonton, he was honest and forthcoming about the lessons he has learned along the way.

“The guys who are young, especially that are very very good players; they don’t understand the concept of “just giving everything you have to that team.”

Dallas has since taken the job as the head coach of the San Diego Gulls, the Anaheim Ducks top minor league affiliate. It’s clear he welcomes the opportunity to continue to grow as a coach and values his role as a mentor to young men trying to find their way in pro hockey and in life. He doesn’t appear to be in a rush to return to the NHL; however it’s hard to imagine he won’t get a second shot. He’s clearly incredibly passionate about the positive impact coaching allows him to have on others.

Below is an excerpt from Dallas’ interview at our TeamSnap Hockey Coaches Conference. We hope that you find it as motivating as we did. We expect it will give those coaches working at carving out a career in the game a little extra push to keep their head down and continue chasing their dreams. If you wish, you can view his entire interview in our TCS | MEMBERS section.