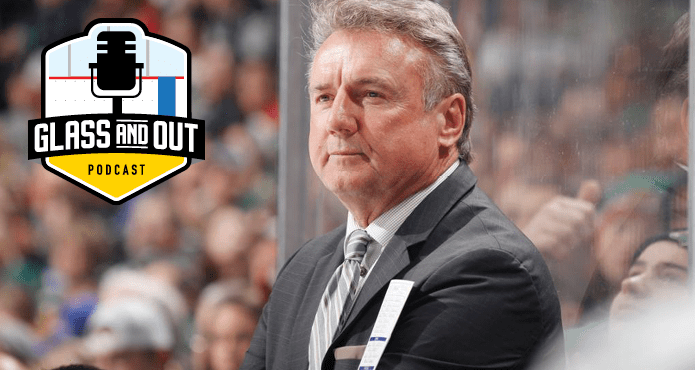 Look up the phrase “hockey lifer,” and you’ll likely find a picture of Rick Bowness right next to it. Bowness has coached for an incredible 35 consecutive years in pro hockey and currently sits in first place in all-time NHL games coached with over 2,400 of them. At 65 years old, he doesn’t appear to be slowing down either.

Bowness is currently the interim head coach of the Dallas Stars after taking over the team in December. The Stars sat in third place in the Central Division at the time of the season postponement. Ranked second in goals against with 177 allowed, there’s no doubt that they will be a contender in the Western Conference if/when the season resumes.

The Moncton, New Brunswick native began his coaching career in 1984 as a player-coach with the Sherbrooke Jets, Winnipeg’s AHL affiliate at the time. The Jets promoted Bowness to assistant coach of the big club the following season. After four seasons back in the AHL, he would join the Boston Bruins as head coach for one season.

Bowness would then have the honour of being the first head coach in Ottawa Senators franchise history, a job he would keep for three and a half seasons. His next stops would be with with the New York Islanders and Phoenix Coyotes for nine total seasons. In 2006, Bowness joined Alain Vigneault’s staff in Vancouver for seven seasons, capturing two Presidents’ Trophies and coming within one win of the Stanley Cup in 2011. He would then John Cooper’s staff in Tampa Bay for five seasons, again making an appearance in the Finals but coming up just short.

Considered one of the all-time good guys in hockey, there’s few in the game who wouldn’t like to see Bowness hoist the Cup before he calls it quits.

In this week’s episode, Bowness discusses his philosophy on playing defensive hockey, lessons learned from 35 years of professional coaching, and what a Stanley Cup would mean to someone who has dedicated his life to hockey.