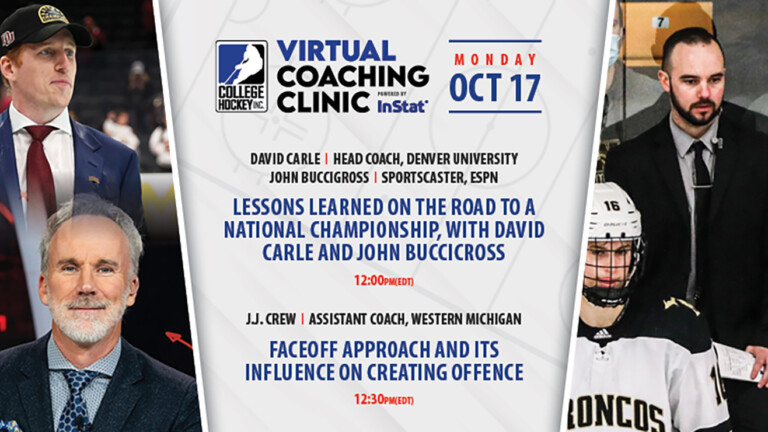 Day 1 of the Virtual Coaching Clinic started things off with a bang!
0
(0)

That was a joke to a very niche set of the population, but I know they enjoyed it. A much wider audience, however, will enjoy Monday’s two presentations.

Lessons Learned on the Road to a National Championship

During our first presentation, University of Denver Head Coach David Carle was interviewed by the one and only John Buccigross. The SportsCenter co-host, who also called play-by-play for select NHL games for ESPN last season, discussed lessons Carle learned during Denver’s Cinderella run to an NCAA Championship last season. Buccigross is no stranger to NCAA hockey as he serves as the play-by-play voice of the NCAA Hockey Championship.

One surprising reveal from Carle’s presentation was that despite being as cool as a polar bear in a snow storm, Carle does lose his cool from time-to-time. When he does, it’s for a strategic purpose.

“I don’t blow up very often, but if and when I do, it does strike a cord and catch their attention.” – David Carle 😤

Changing your demeanour can have a great impact if you pick the right moments.

Carle’s full presentation can be seen here. Reminder: the Virtual Coaching Clinic is an exclusive event available only to members of The Coaches Site. Join now for full access! Once you become a valued member, all of this week’s presentations can be viewed for 30 days upon their release. Two more videos will be released each day this week.

Faceoff Approach and Its Influence on Creating Offence

Ever been taught by a faceoff guru? While I’m not sure such a title even exists, J.J. Crew is the closest thing to it.

Crew, an Assistant Coach with the Western Michigan University Broncos, delivered the second presentation of the day, all about faceoffs, how to approach both winning and losing them, and the influence they have on creating offence. If you want to score more goals, this presentation is a must!

Will your team get better at faceoffs without practicing them? NOPE!

J.J. Crew, @WMUBroncos Assistant Coach, says faceoff work needs to be a priority during your practice. 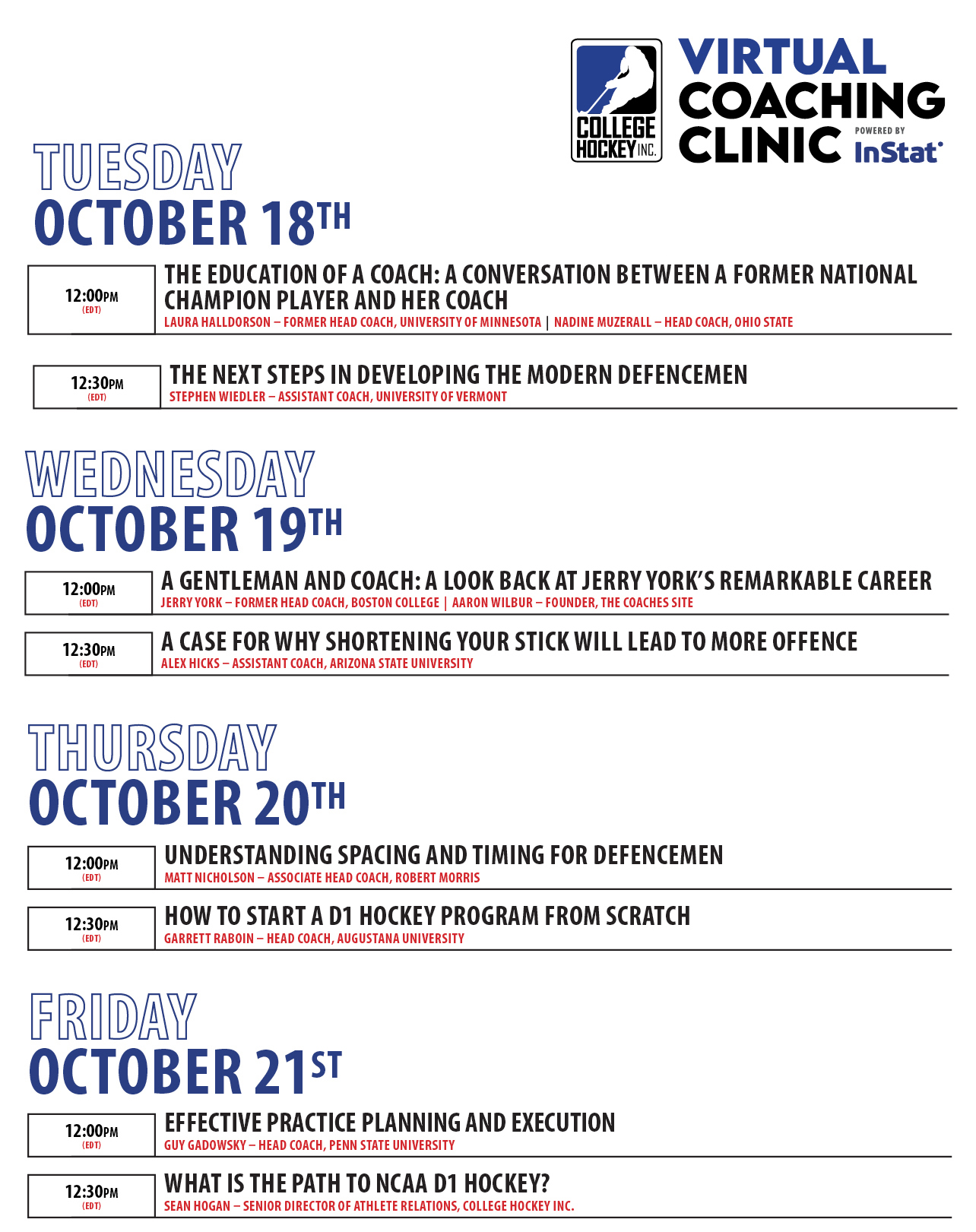