Details matter: The smallest habits add up to big results 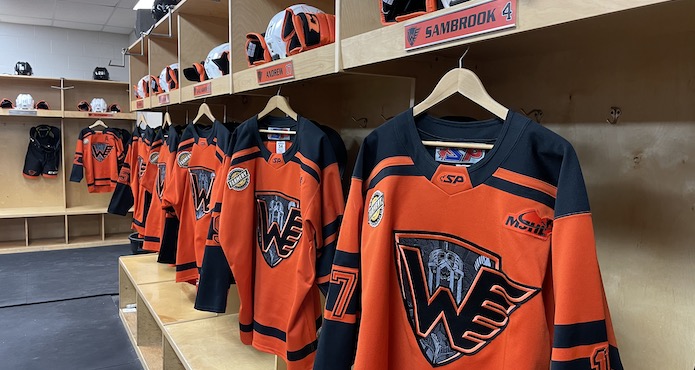 View all posts
Success on the ice begins with preparation off of it.
4.8
(5)

There’s nothing better than the start of practice. Smooth ice, crisp air, and the anticipation of an hour or so of pucks, competition, and fun!

And for me, nothing derails that excitement quicker than seeing the wrong colour socks step onto the ice.

Part of the reason I got a job as the head coach of the Junior A Winkler Flyers is my attention to detail and belief in being organized. Actually, it’s not just a belief — it’s the foundation upon which I’ve built my approach to coaching.

When I step onto the ice I want to deliver a rock solid practice plan that takes advantage of every available moment of ice time, even when I’ve got 20 minutes or so built in for individual or unstructured skill development. If I’m running the practice then I want to focus on the details of each drill. If my assistant coach is running practice then I want to devote my energy to one-on-one time — conversations with players in line, specific techniques I want them to try, simple corrections.

If half the group is wearing orange and half is wearing black, and one player steps out with green socks, then they’re demonstrating that they’re not ready to go to work with their teammates.

Sure, you can still practice with the wrong colour socks, but it’s a slippery slope, and it’s a slope my brain can’t handle. Some mornings I spend more time debating the colour combinations than I do the actual practice plan. Seriously. Orange forwards and yellow defence on one side vs black forwards and blue defence on the other side? Two colours split right down the middle? We like to play a lot of small area games and use game scenarios to teach systems — sometimes the positions matter, sometimes they don’t, but the colours always matter. I will die on this hill.

The good news is that with most small habits like wearing the right socks, you only need to remind your players once. Or one player, more accurately. Boot them off the ice, and everyone will know the value of being prepared for practice.

Alright, like the importance of sock colour, here are a few more small habits that can have a big impact on your team’s process.

Success on the ice begins with preparation off of it . . .