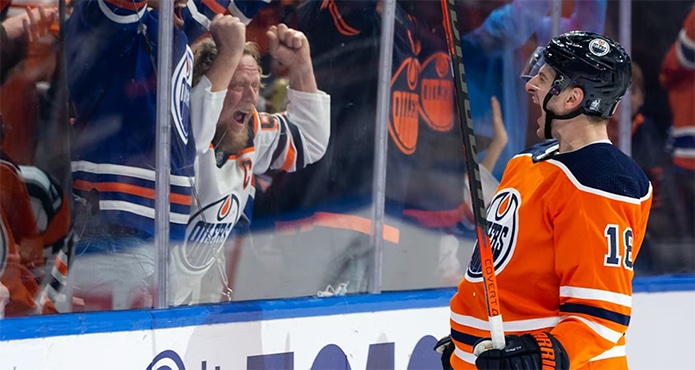 Hyman needed to learn the 200-foot game, kill penalties, block shots, compete and grind. And he did.
5
(1)

Zach Hyman is an established NHL left winger, a former Toronto Maple Leafs player who is currently with the Edmonton Oilers. His trademark is that of a hard-working, grinding, two-way, 200-foot player capable of making plays and scoring goals. His playing style and skills did not happen by accident.

Hyman had a longterm goal of making it to the National Hockey League. He loved hockey and started his junior hockey career with the Junior A Hamilton Red Wings, where he had fun and scored many goals.

Despite his lofty longterm goal, but he never spent his time focusing on the end result of being an NHLer. He used his dream as his everyday motivation to succeed. As he says in the interview below, “I never got too far ahead of myself.” He continued to put in the hard work and improve, building his game daily.

Hyman needed to learn the 200-foot game, kill penalties, block shots, compete and grind. And he did . . .