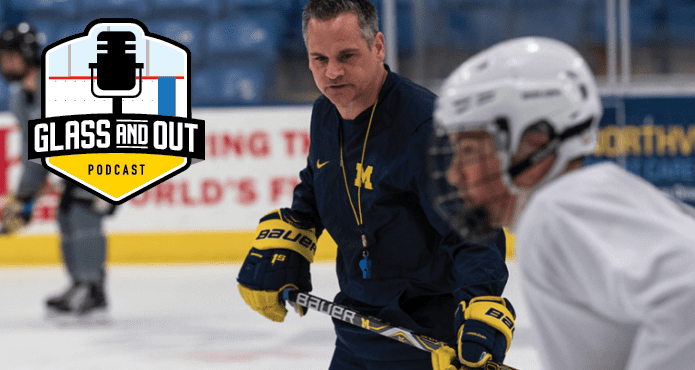 If you had to pick one organization that was extra disappointed by the NHL postponement, the Edmonton Oilers would have to be at the top of the list. Currently sitting in second place in the Pacific Division, the Oilers looked primed to make the playoffs for just the second time in 13 years. And with Connor McDavid and Leon Draisaitl sitting 1-2 in league scoring, there’s no doubt they would be a tough out.

Oilers assistant coach Brian Wiseman was in the midst of his first season behind an NHL bench, playing a key role in helping Edmonton back into contention as a member of Dave Tippet’s staff.

Wiseman’s coaching career began under Tippet as video coach in Dallas during the 2002-03 season. After stops at Princeton University and the AHL’s Houston Aeros, he decided to take a six-year break from coaching.

Wiseman’s career would resume with a return to his alma mater, the University of Michigan. He spent eight years as an assistant to legendary NCAA coach Red Berenson, the same coach who recruited him to play for the Wolverines. Brian would spend eight seasons on campus before rejoining Tippet in Edmonton.

In this week’s podcast, Wiseman shares how he’s helped the Oilers back into contention, what he learned during his first season behind an NHL bench, and how he developed a close relationship with coach Red.