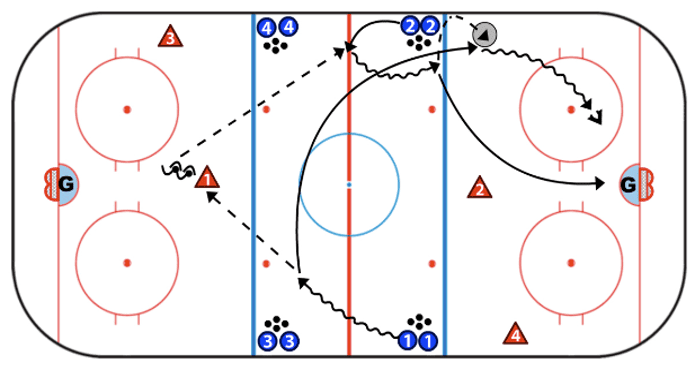 Forwards line up inside all four bluelines, Defenseman are located just outside neutral zone.