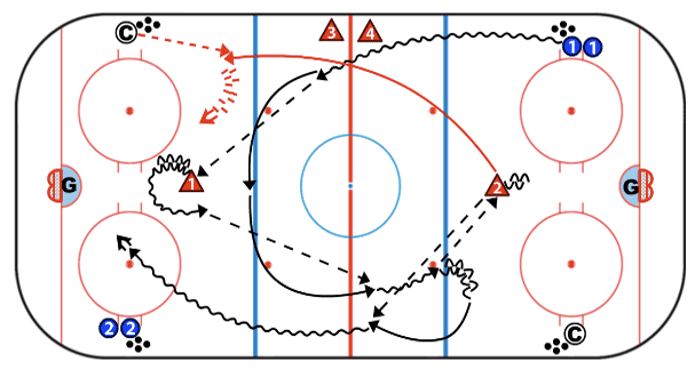 Forwards split into two groups and line up on opposite hashmarks. Two defensemen are located just outside the neutral zone.

D Can use an escape move, (such as would be performed if a forechecker was applying up-ice pressure), after receiving the first pass from 01.

F’s double transition with both D’s 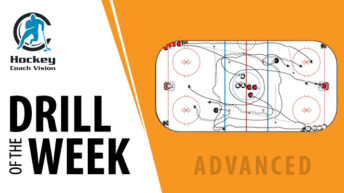 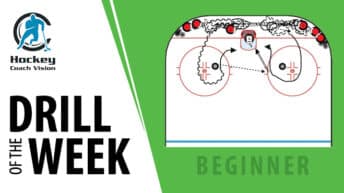 Behind Net Back Peddle 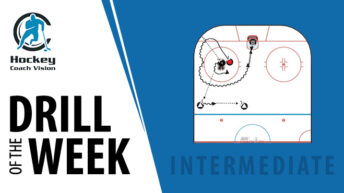