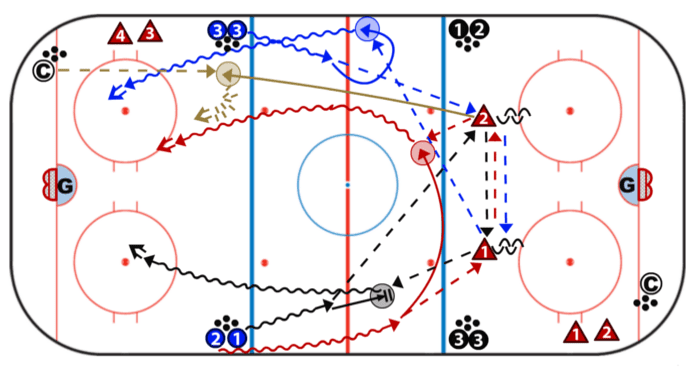 Forwards lineup outside all four blue lines. Defenseman are located just outside the Neutral Zone.