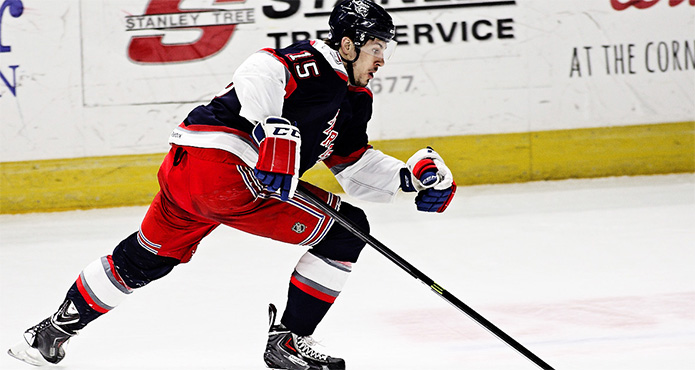 Research has found the quickness of the recovery skate is an important aspect of skating speed.
3.8
(4)

Many coaches talk about “foot speed” in reference to acceleration or speed, which makes sense. However, there is another aspect of foot speed that is overlooked, that being the speed at which the recovery skate can get back on the ice to start another push-off. Research has found the quickness of the recovery skate is an important aspect of skating speed.

Wayne Marino (University of Windsor) found that speed in hockey is dependent on stride rate: the number of times a player can get his or her skates on the ice to push-off over a specific distance (a winger “driving” to the net or a d-man chasing a puck in the corner). To corroborate his findings, he further indicated the quicker a player gets his or her skates on the ice after push-off, the faster the player will be.

Pierre Page compared fast to slow players and found the faster players had a total recovery time (when the skate leaves the ice after push-off to when the same skate lands on the ice) of 0.37-seconds compared to slow players 0.48 seconds, for a difference of 0.11-seconds. That was the time for one stride.

Research has found the quickness of the recovery skate is an important aspect of skating speed . . .

Enjoy this feature? Check out the ones below!

How to Implement Skills that Allow your Hockey Team to Play with Pace, with Dwayne Blais (VIDEO)