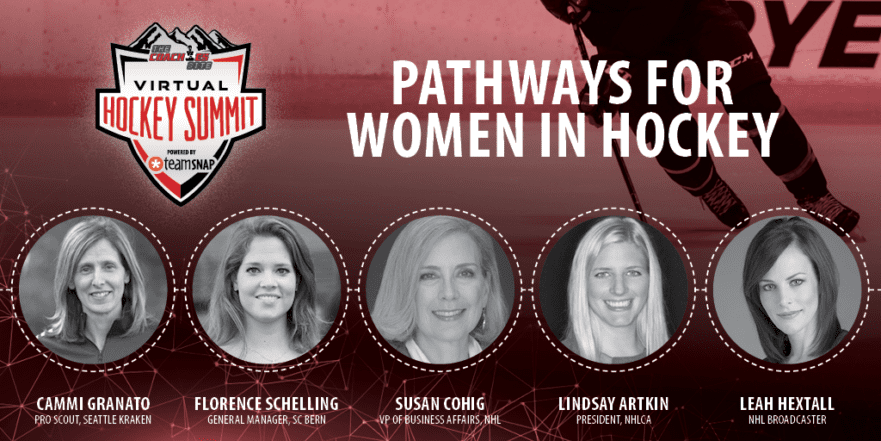 Our annual Hockey Coaches Conference is going virtual this year, with the introduction of the Virtual Hockey Summit, in partnership with TeamSnap.

Among our impressive lineup of speakers are five female leaders in hockey, who will participate in our Pathways for Women in Hockey panel.

Headlining the group is Cammi Granato, who captained Team USA to the first-ever Olympic gold medal in women’s hockey history in 1998. A 2008 inductee into the Hockey Hall of Fame, Granato is one of the greatest players ever in the women’s game. Granato has continued to make history in her post-playing career, as the NHL’s first-ever female pro scout, with the Seattle Kraken.

Other panelists include Florence Schelling, a former goaltender who is currently the general manager of SC Bern in Switzerland. The 31-year-old Swiss executive is the first woman to become a GM of a top-level club in men’s professional hockey.

The panel will be moderated by Leah Hextall, the first woman to call play-by-play for an NHL game, and will include influential leaders such as Susan Cohig, the NHL’s Vice President of Business Affairs, and NHL Coaches’ Association President Lindsay Artkin.

Pathways for Women in Hockey panel:

The focus of the panel will be to provide tools, strategies, and mentorship for women who have aspirations of a career in hockey. We also hope to empower those hiring for jobs in hockey, regardless of the capacity, to look beyond male candidates and ensure they are selecting the most deserving applicant and that they appreciate the benefits of having a diverse workplace.

The Virtual Hockey Summit will take place online September 25-26. The cost is $250 CAD per person, or free if you purchase an annual membership to The Coaches Site ($119.99). 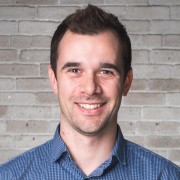