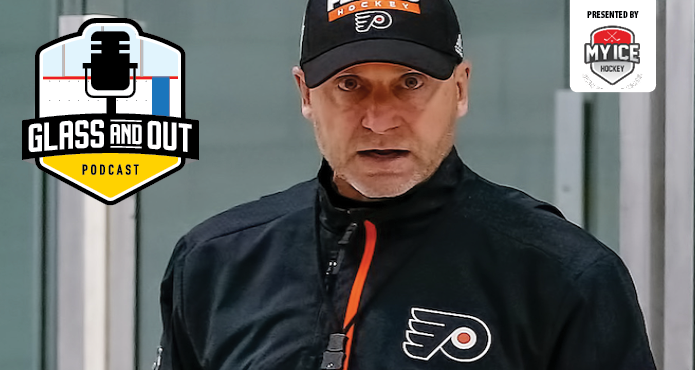 Riley presented on the topic of creating options, where he broke down how to teach the mechanics of deception. It was definitely a highlight of the week.

If you didn’t get a chance to watch it, the full presentation will be available to members of The Coaches Site later this spring.

Now in his 13th season with the Flyers, Riley has been able to work his way up the coaching ladder without the pedigree of a professional playing career. Through a true dedication to his craft and studying what goes into creating an elite player, he’s been able to ensure that he brings the most value to each organization he’s worked for, and most importantly, the players he’s helped develop.

Riley got his coaching career started at some of the most prestigious prep schools in the United States, including Kingswood Oxford School in Connecticut. After eight seasons, he would then join Princeton University as an assistant coach for two seasons, where he would also spend time as an algebra teacher.

Riley got his start with the Flyers organization as a scout for six seasons, before being promoted to his current role in player development.

Find out about Riley’s journey to the NHL, his philosophy for helping develop elite players, and why he puts just as much emphasis on developing the person as he does the player.