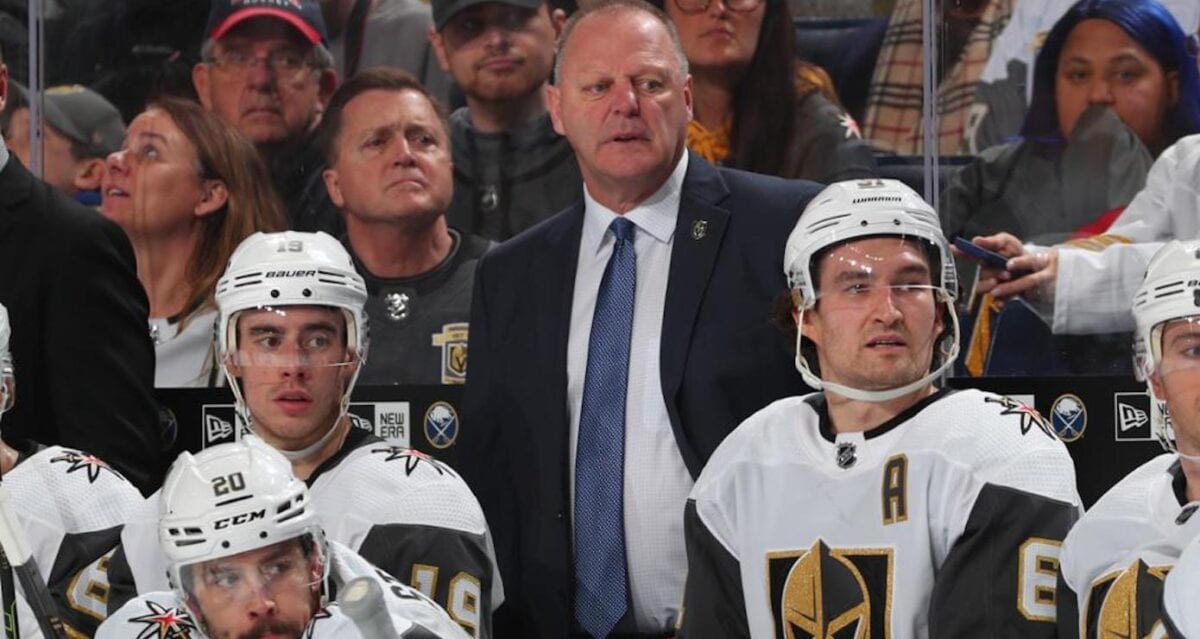 Over the last 10 years, no NHL season saw more in-season coaching changes than 2019-20 with eight. The first was Mike Babcock’s firing and Sheldon Keefe’s promotion in Toronto. The sixth, Gerard Gallant’s dismissal in Vegas and Pete DeBoer’s hiring, may have been the most surprising.

Gallant, along with assistant Mike Kelly, who had both been with the Golden Knights since their entry into the NHL in 2017, were dismissed in January 2020.

DeBoer was given many of the same on-ice tools that Gallant had, (aside from Kelly who was replaced with assistant coach Steve Spott who worked with DeBoer in San Jose as well). The challenge many head coaches face, especially mid-season hires, is leading that same group to a different result.

So, the question is how much influence DeBoer has had on the Golden Knights’ play since taking over, and did it differ from his predecessor, Gallant?

The first glance we can take is at each coach’s record this season.

The sample size for each coach varies as Gallant made it to the 49-game mark this season, while DeBoer has just 22 games behind the bench in Vegas. In that sample though, DeBoer’s had more success with a .727 point percentage.

Before the 2019-20 season was paused, Vegas made their way up to first place in the Pacific Division (and third in the Western Conference). At the time of Gallant’s firing, Vegas had just fallen out of a playoff position after losing four straight games.

While results are key, the type and quality of play behind those wins has to be considered. So, let’s take a closer look at the Golden Knights’ play before and after the coaching change.

Regardless of who was the head coach, the Golden Knights’ top-six has mostly been kept in tact. But both bench bosses have had to deal with a few injuries up front, including those to top-six’ers Mark Stone, William Karlsson, and Jonathan Marchessault.

As a result, some players’ usages shifted. Paul Stastny’s ice time trended up after Karlsson went down with injury and trended back down after his return. Those injuries may also have been the reason behind some shuffling in combinations after DeBoer took over. 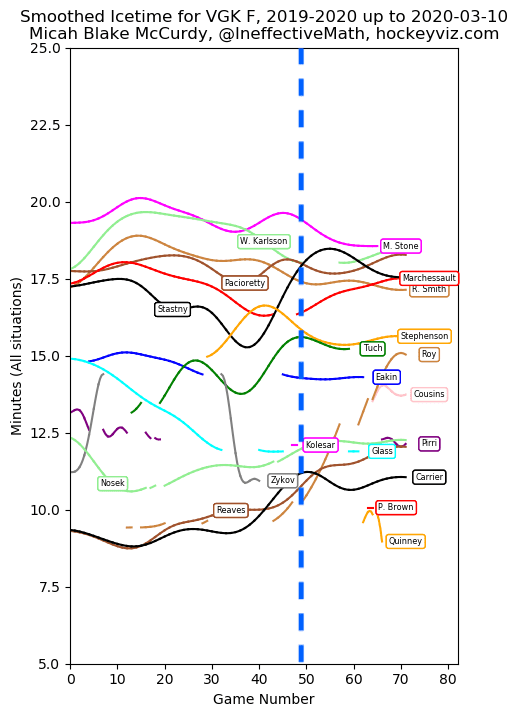 One key difference, though it may be too soon to draw anything from it because it’s been so few games, was DeBoer slotting Karlsson between Stone and Max Pacioretty after Karlsson had been the mainstay centre between Marchessault and Reilly Smith over the last few seasons. 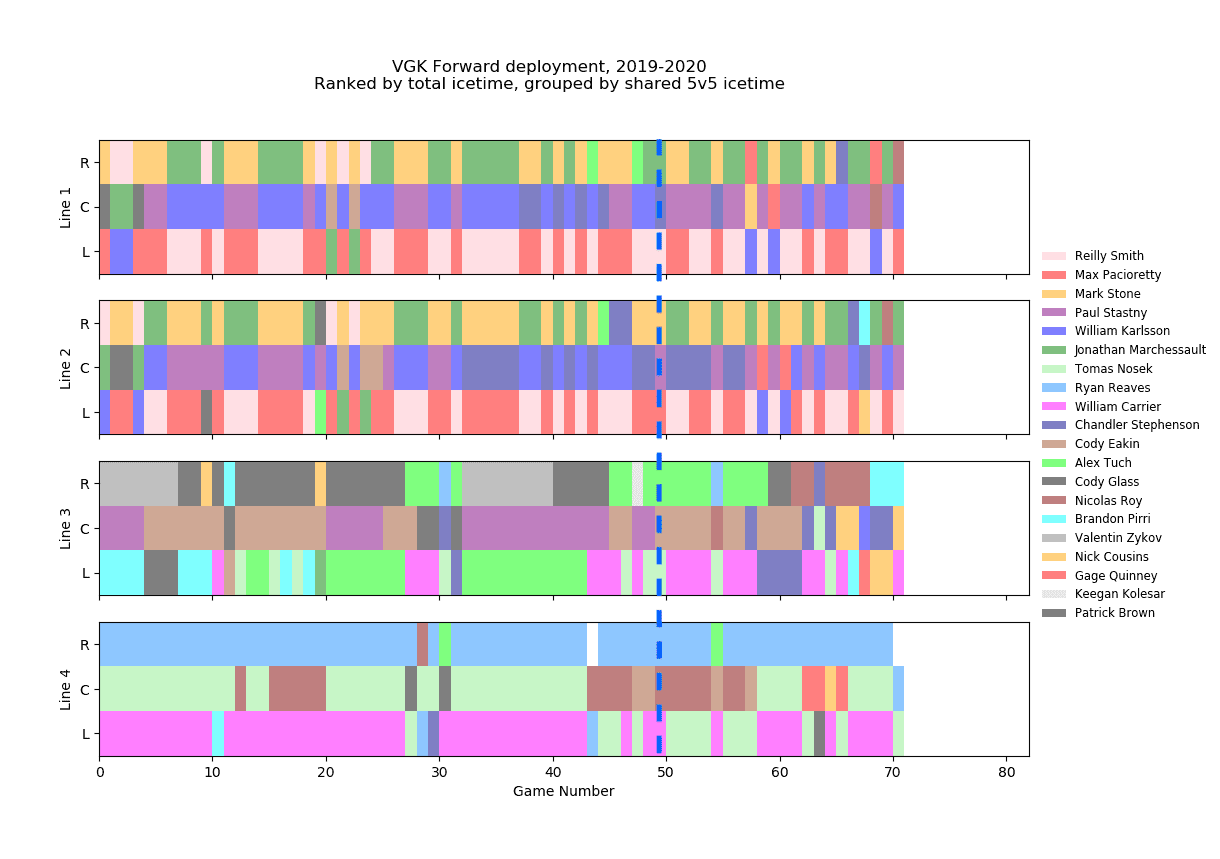 Where we can see more of a trend in ice time changes is in the bottom six, as Ryan Reaves and William Carrier both saw an uptick in ice time. Nicolas Roy’s minutes saw one of the most significant increases as well. 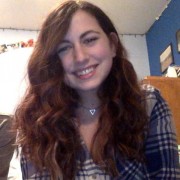 Shayna is a contributor at The Athletic, where she focuses on data-driven analysis, primarily about the New York Rangers and fantasy hockey. She also contributes to Hockey Graphs and Blueshirt Banter, and is the co-creator of Behind the Benches, a coaching database. See All Posts By Shayna