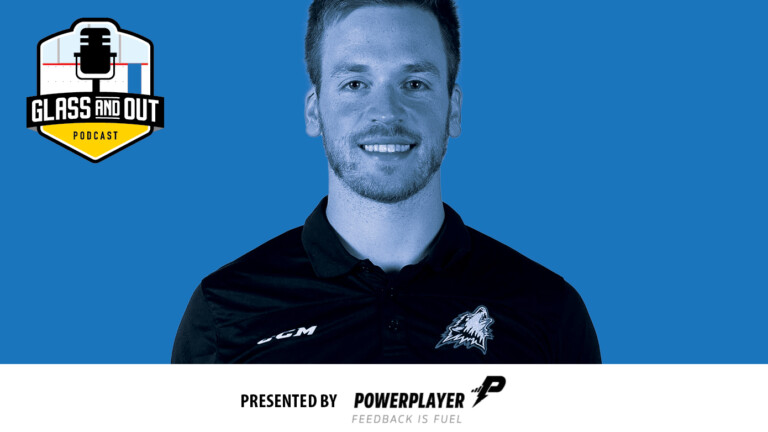 At just 31 years-old, Yetman is one of hockey’s up and coming coaching talents.
0
(0)

In episode 196 of the Glass and Out Podcast, we’re joined by Brad Yetman, Head Coach of the Rouyn-Noranda Huskies of the Quebec Major Junior Hockey. At just 31-years-old, Yetman is one of hockey’s up and coming coaching talents.

He is currently in the midst of his fourth season with the Huskies. In 2019, he was hired as an Assistant Coach on Mario Pouliot’s staff. Late in his third season, he took over the reigns as Interim Head Coach after Pouliot stepped away from the team due to health issues. He was ultimately handed the role full time, despite barely two years of experience coaching at the Major Junior level. It’s also worth noting that Yetman is the first New Foundlander to be a Head Coach at the Major Junior level.

Prior to joining the Huskies, Brad was the Head Coach of the East Coast Blizzards program, in the Newfoundland U18 Major Hockey League. During this time he also scouted for the Shawinigan Cataracts, the team that originally drafted him in the Q.

As a player, he spent four seasons in junior hockey, but had to retire early due to concussions. He then shifted his focus away from playing hockey to his education, as he earned a Masters in Education and Counseling Psychology

Listen as he shares his experiences as one of the youngest coaches in Major Junior Hockey, the value of grading player performance in practice, and why players will only be vulnerable if they recognize their coach is willing to be vulnerable as well.