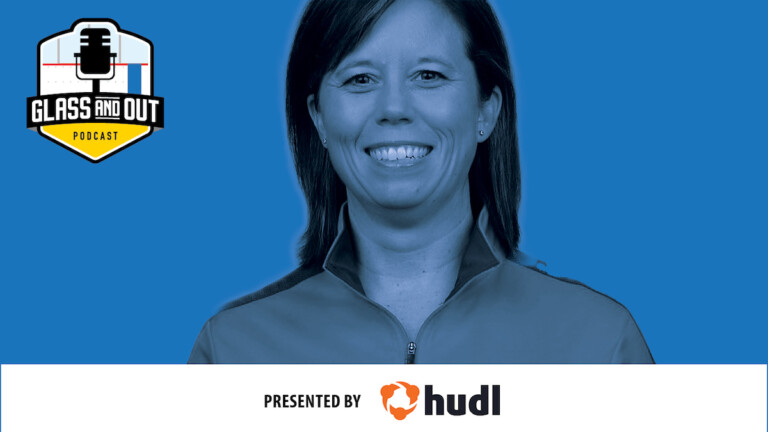 Her ability to inspire and instil confidence in her players has helped gain her notoriety in the hockey community.
5
(1)

Carla MacLeod, Head Coach of both the University of Calgary Women’s program as well as the Czechia National Women’s team, joins us for episode 197 of the Glass and Out Podcast.

MacLeod is currently in her second season with the Dinos program, and will be leading Czechia at the upcoming World Championships after guiding the team to its first ever medal at the 2022 event in August. Her unique ability to inspire what some may consider underdog programs have helped her gain notoriety in the hockey community.

From 2011 through 2014, MacLeod was an Assistant Coach with the Japanese National team and helped it qualify for the 2014 Sochi Olympics. It was the first time they had done so since hosting the first female Olympic tournament at the ’98 games in Nagano.

MacLeod got her coaching career started with the Edge School’s U18 Female program. In 2020, the program captured the first ever Canadian Sport School Hockey League Female U18 Prep division Championship. During her tenure, the team upheld an average GPA of 89%, 98% of her players went on to pursue post secondary studies and 88% continued their hockey career.

As a player, she patrolled the blueline for Canada’s National Women’s team for five seasons, capturing two Olympic Gold Medals, the second of which was at the 2010 games in Vancouver. She is also a member of the University of Wisconsin Athletic Hall of Fame, as well as the Alberta SportsHall of Fame.

In this episode we discuss why it’s important to keep joy in the game, when you should focus on one thing with your team, and how she approaches inspiring and instilling confidence in her players.