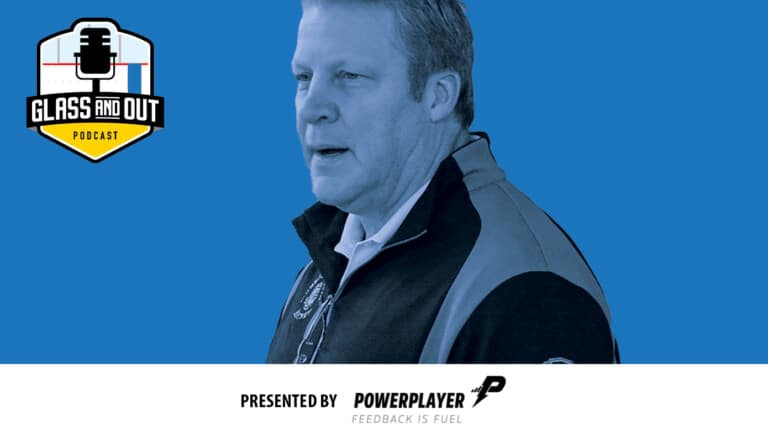 In 23 seasons, Scott Sandelin has helped the Bulldogs become one of the top programs in college hockey.
0
(0)

For this week’s episode of the Glass and Out hockey podcast, it’s our pleasure to be joined by three-time National Champion Scott Sandelin, Head Coach of the University of Minnesota-Duluth Bulldogs.

The Hibbing, Minnesota native is currently in his 23rd season with the Bulldogs. In that time, he’s helped them become one of the top programs in college hockey, both in terms of wins, championships and moving players onto the National Hockey League.

In 2011, the Bulldogs captured their first ever National Championship by defeating the Michigan Wolverines 3-2 in overtime. Then in 2018 and 2019, UMD became just the third school in NCAA history to win back-to-back National Champions. In total, Sandelin has led the Bulldogs to six NCAA Frozen Four Tournaments, three conference playoff Championships and finished a top of their conference nine times during the regular season.

In 2004, Sandelin received the Spenser Penrose Award, presented to the top coach in college hockey and has twice has been named the head coach of Team USA at the World Junior Championships.

As a player, Sandelin was a member of Team USA at the 1984 World Junior Championships, named Captain of the UND Fighting Sioux in both his Junior and Senior seasons, and was selected 40th overall by the Montreal Canadians at the 1982 NHL Entry Draft. He played 25 games in the NHL over a six-year professional career, before injuries forced him into retirement.

In today’s conversation, we’ll discuss how to create healthy competition in practice, the definition of an ‘Every-Day-Er,’ and why he’s content with continuing to build on the success of the UMD program.