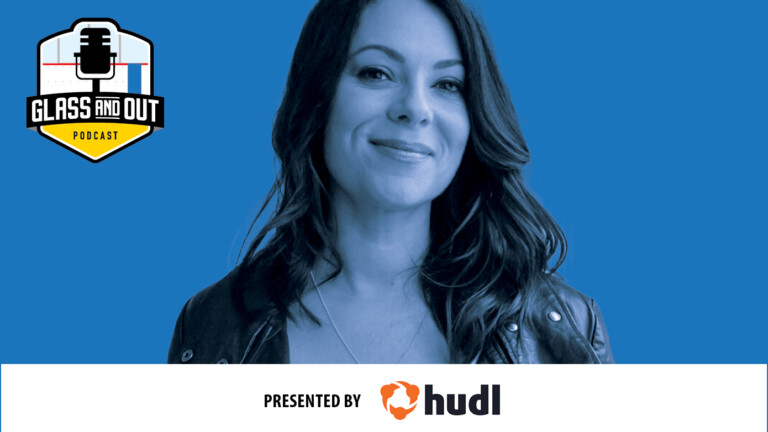 She's used her platform to advocate for human rights and a more inclusive society both in and outside of sport.
0
(0)

Tara Slone, former host of Rogers Hometown Hockey, joins us this week on the Glass and Out Podcast.

If you’re Canadian, you’re familiar with Slone’s work and her gift for sharing the stories of countless Canadians whose personal journeys have been shaped by their connection to hockey. These people make up the hockey fabric that continues to insulate Canada’s culture. You may also know Slone as the lead singer of Joydrop, a Juno nominated band who released two albums and the hit singles “Beautiful” and “Sometimes Wanna Die.”

For eight seasons, she hosted Hometown Hockey alongside co-host and Canadian icon, Ron MacLean. The show was a weekly profile of a Canadian city, highlighting the local players, people and stories who make up the communities’ hockey culture.

In 2020, she was named host of a weekly Sportsnet docuseries called Top of Her Game, which focused on women’s rights through interviews with female athletes, builders and executives.

Overall, Slone is a positive change agent and continues to use her platform to advocate for human rights and a more inclusive society both in and outside of sport.

Listen as she shares her love for story-telling, solutions for reshaping hockey’s culture and riding shotgun on the road with Ron MacLean.