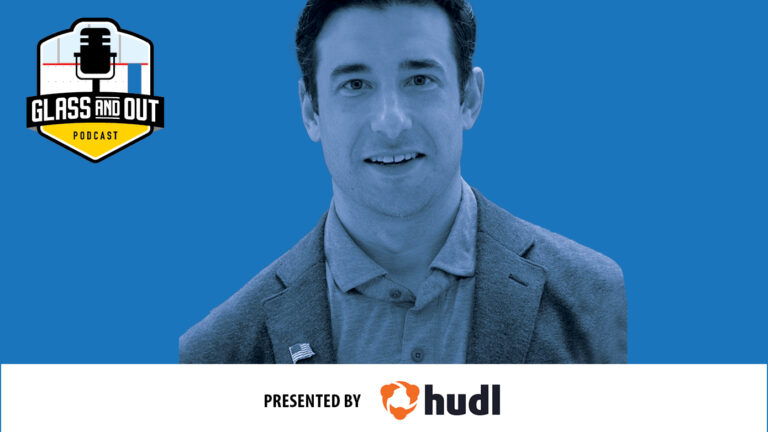 Raboin is currently in the process of building the Viking program from the ground up.
5
(1)

For this week’s Glass and Out podcast, we’re excited to welcome Garrett Raboin, Head Coach of Augustana University.

With the Viking Men’s Hockey Program joining NCAA Division I hockey next season, Raboin is currently in the process of building the program from the ground up. Everything is new and will have his fingerprints on it when the Vikings debut next season. New rink, new uniforms, new conference, new players – new everything!

As a player, Raboin was the captain of St. Cloud State during the final two seasons of his collegiate career, which speaks to his character and perseverance when you consider he was a walk onto the program.

Raboin will be presenting at our second annual College Hockey Inc Virtual Coaching Clinic coming up on Oct 17-21, 2022. Other speakers includes both the reigning men’s and women’s National Champion coaches in David Carle of the University of Denver, and Nadine Muzerall of Ohio State University.

This event is exclusive to members of the Coaches Site so if you’re not already a member, sign up today and save $50 on an annual membership for a limited time.

In this episode, we’ll touch on his strategy for running a two player practice, the decision making process of selecting the seating arrangement in the locker room, to the colour of carpet in the players lounge, and why he’s choosing to not to put any limits on his team once they drop the puck on their inaugural season.