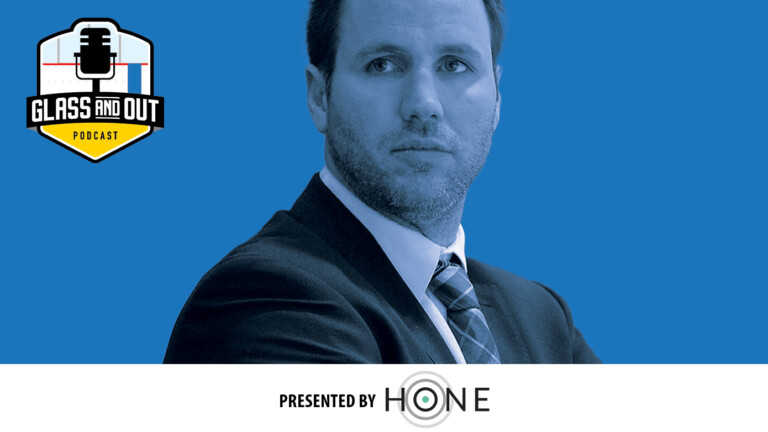 His high standard for excellence has helped keep the Greyhounds in the playoffs year after year.
0
(0)

This week on the Glass and Out Podcast, we’re joined by Sault Ste. Marie Greyhounds head coach John Dean.

Dean is entering his fifth season behind the bench in the Soo. During his tenure, the Greyhounds have qualified for the playoffs each season (keeping in mind the playoffs were cancelled in 2020 and 2021) and advanced to second round on both occasions.

Dean and his staff have developed eight NHL draft picks and continue to make the Greyhounds program a destination for prospective prospects.

He began his coaching career with the North York Rangers of the Ontario Junior Hockey League, starting as an assistant coach, before being promoted to the club’s head coach after two seasons.

In 2014, he returned to North Bay, where he played his junior hockey, to join the North Bay Battalion on Stan Butler’s staff.

After three seasons in the OHL, Dean returned to the OJHL, this time with the Toronto Patriots, where he led the team to a regular season title with a 40-8-3-3 record and was named the league’s Coach of the Year. He would also be named the head coach of Team East at the CJHL Top Prospects Game.

In this episode, we discuss what a game day in the Soo looks like, how he uses running as a form of staying mentally healthy, and how he sets and enforces a high standard with his players.