Glass and Out Podcast Ep. 191: Red Berenson and Jack Parker 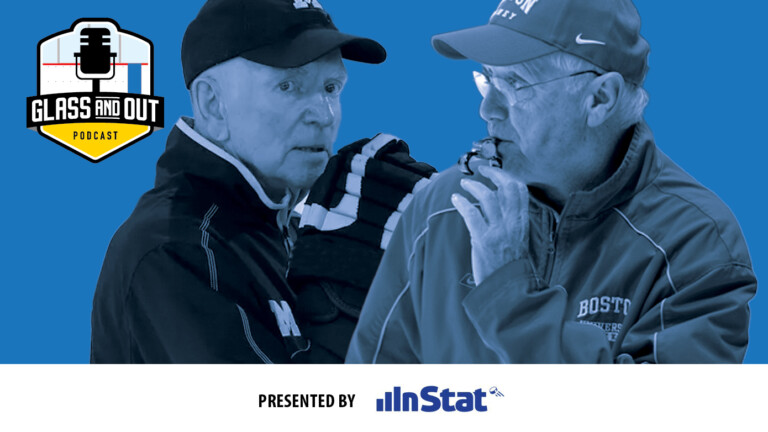 You don't want to miss this conversation with two college legends.
0
(0)

Parker, now 77-years-old, has a resume that speak for itself: he served as the Head Coach at Boston University for 40 seasons and posted an overall record of 897-472-115. His 897 wins rank third all-time and mark the most of any college hockey coach at the same institution. Parker reached the 20-win mark in 27 seasons, won three NCAA titles, four consecutive Eastern College Athletic Conference crowns, 21 Beanpots and seven Hockey East titles. He holds the record for NCAA tournament appearances as a coach with 24.

Berenson, meanwhile, now 82-years-old, is synonymous with the University of Michigan, where he spent 33 seasons behind the bench, leading the Wolverines to 23 NCAA tournaments and a pair of National Championships. In 1,366 games with Berenson as coach, Michigan went 848–426–92. For his outstanding service to hockey in the United States, the NHL honoured Berenson with the Lester Patrick Award in 2006. He’s also a member of Canada’s Sports Hall of Fame and the US Hockey Hall of Fame.

Listen as we revisit two incredible careers, what they miss most about coaching and their thoughts on the state of today’s game from a coaching and player perspective.