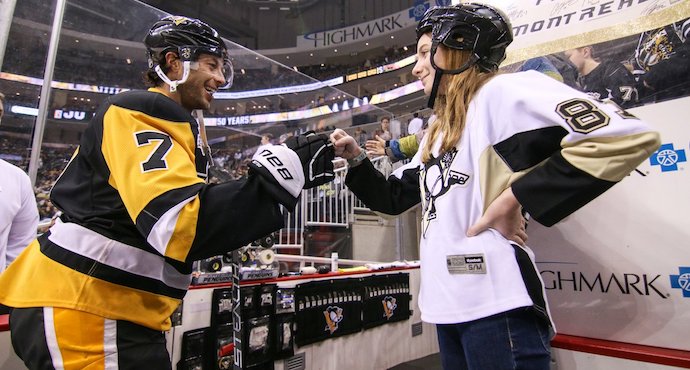 It's difficult to measure qualitative vs quantitative elements in hockey.
5
(1)

Stop me if you’ve heard this one before.

“If he’s so good in the room why don’t you just leave him there?”

Most of us have a lot of time on our hands to watch the National Hockey League persevere down the stretch, and if you’re like me you’re reading and listening to perspectives that come from all different directions — coaches, media, social media, and the vocal parts of different fanbases.

The confidence with which those not involved in the behind-the-scenes operations of an NHL team never ceases to surprise me. I understand it — passionate hockey fans and professionals who cover a team dissect the information that’s available to them and use it to craft an angle that pushes the conversation forward for them and their followers. To say the only way to comprehend the choices of a hockey coach is to have previously played the game at that level is nonsense. I’ve learned a ton of useful information by pros and amateurs alike — what matters is how you apply it.

There isn’t a lot that happens on the ice during a hockey game these days we can’t quantify, so when there’s information that we can track and there are people with the requisite work ethic required to distill it all, that’s a conversation worth listening to in my opinion. My coaching experience, both here in Winkler as the head coach of the MJHL Flyers and from my time spent as an assistant with the UBC Thunderbirds Men’s Hockey Team, tells me I value carrying the puck into the offensive zone with control instead of giving it away and hoping you can get it back.

But why is it important?

It's difficult to measure qualitative vs quantitative elements in hockey . . .

Developing a Strategy for OT & Shootouts, with Kim Weiss (VIDEO)